Waterloo's new secondary 'free school' could set up its permanent home in the former Central Office of Information building in Hercules Road. 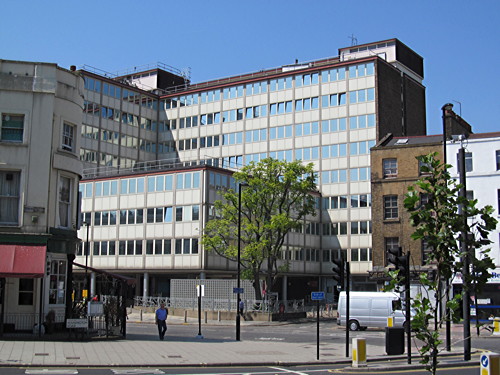 Hercules House is best known as the home of the Government's Central Office of Information until its abolition in March this year.

The Department for Education, which this summer approved a proposal by Oasis to set up a secondary 'free school' in Waterloo, has submitted a change of use planning application to Lambeth Council to enable Hercules House to be used for education as well as office space.

Talks over the acquisition of Hercules House for use by the school are ongoing. Guy's and St Thomas' NHS Foundation Trust recently decided not to move some of its staff into the building.

Oasis Academy South Bank plans to open in September 2013 with an initial intake of 120 Year 7 students and is likely to be in temporary accommodation while the permanent buildings are prepared.

Ms Mitchell, who will take up her new post in January, is currently deputy principal of the London Academy in Edgware.

"I am delighted that we have unanimously decided to offer Carly Mitchell the role of Oasis Academy South Bank principal designate and she has accepted," said Oasis founder Steve Chalke.

"Carly has a passion to offer an excellent, innovative education to students from Waterloo and has a deep commitment to work in partnership with the wider Oasis Waterloo Hub, local businesses, community organisations and other local schools to deliver extra- curricular enrichment opportunities for our young people."

Carly Mitchell said she was "thrilled" to be joining Oasis: "I look forward to welcoming the first intake of Year 7 students next September and working with each one of them to help them to be the best they can be.

"I also look forward to developing strong local links and working with parents and carers in the coming months to ensure that together we create an outstanding school at the heart of the Waterloo community."

• Oasis Academy South Bank is hosting an open evening for parents of prospective pupils – and local residents – on Wednesday 17 October.