Lambeth Council's plans to replace the former Waterloo Library in Lower Marsh with a five-storey office building have been approved by the borough's planning applications committee. 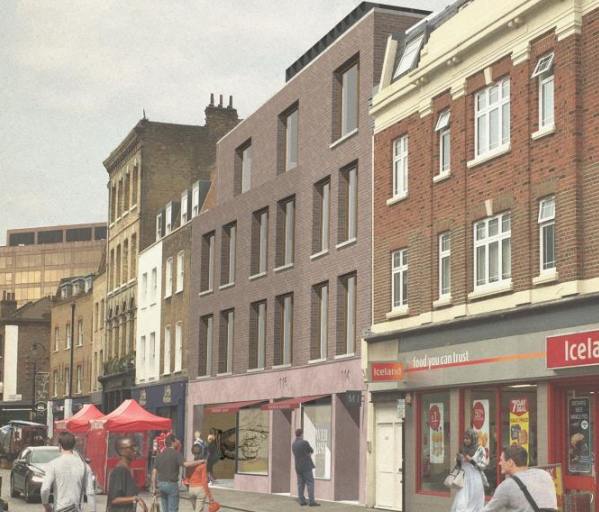 Waterloo Library left its prefabricated building in Lower Marsh in July 2016 and has been replaced by a temporary library in the nearby Oasis Centre whilst plans for a permanent public library on the Oasis Academy Johanna site are drawn up.

The Lower Marsh building is currently being used as a pop-up shop and co-working space called Granby Space.

The old library site is one of the council's few freehold assets in Waterloo and its is hoping to use the site to boost the authority's troubled finances.

The proposed new building – with four floors of office space and retail on the ground floor – was approved by the planning applications committee just before Christmas.

"Bucking the prevailing trend, we're not proposing to put another hotel on Lower Marsh," said Owen Jones, neighbourhood delivery lead for Lambeth Council, who explained that the project would offer premises for small, creative businesses in the heart of Waterloo.

Mr Jones told councillors that work on the construction of the new building is unlikely to begin for at least 18 months.

Architect Nick Edler told councillors that Conran & Partners had set out to design a scheme that was "intrinsically in the spirit of Lower Marsh and the wider area".

He described the street as having "something of a vibey subculture" and said that the proposed building "wears its own character in an unshowy way".

The committee approved the scheme by five votes to one.