Around 120 firefighters from across London were called to Walworth Road on Monday lunchtime to tackle a huge blaze at the former town hall building which houses Southwark's priceless Cuming Museum collection. 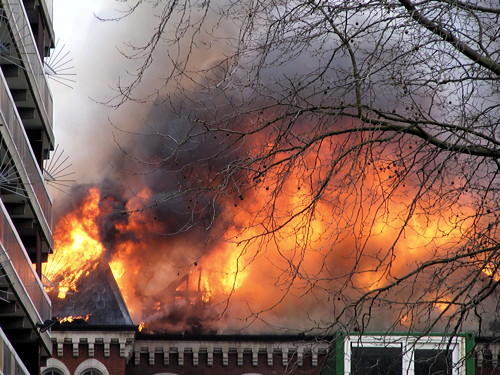 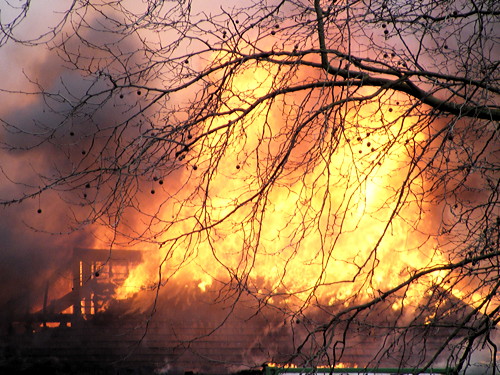 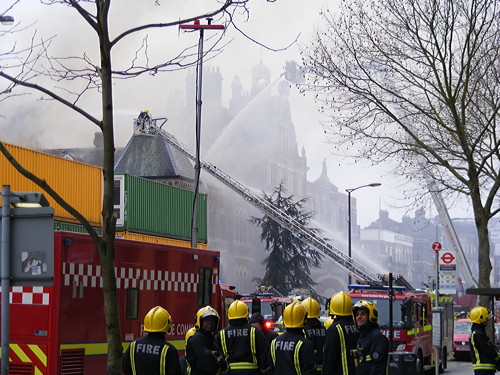 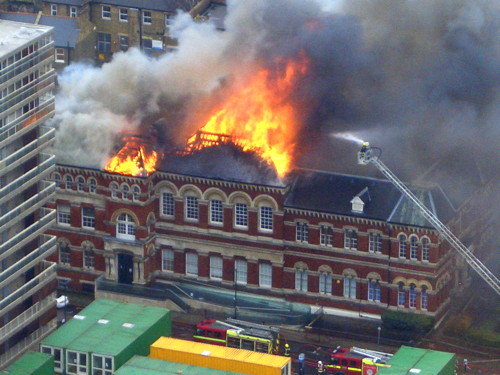 The grade II listed building at the corner of Walworth Road and Wansey Street houses council offices, a One Stop Shop and the Cuming Museum. Newington Library occupies an adjacent building.

Until 1965 the building served as town hall for the former Metropolitan Borough of Southwark.

Between 1780 and 1900 Richard & Henry Cuming collected more than 100,000 objects from all over the world. Henry left his collection to the people of Southwark, and the Cuming Museum opened in 1906. Formerly accommodated at Newington Library, in 2006 the museum moved into the old town hall.

Although the public area of the museum is on the ground floor, the council has confirmed that parts of the collection were stored in the roof area which has been destroyed in the blaze.

Fire Brigade station manager Peter Critchell, who is at the scene, said: "Flames are coming through the roof and there is thick grey smoke billowing up. Firefighters are still working hard at the scene to try and bring the blaze under control.

"We now have water jets attacking the fire from the four corners of the building. We evacuated 30 people from inside the building and firefighters will be making efforts to salvage as many of the artefacts as possible."

Southwark Council leader Peter John said: "Everyone has been evacuated and there are no reported injuries at this time.

"Our thoughts are with everyone affected and we will offer what practical assistance we can."

"It is too early to say what the cause of the fire is and how long services from that building will be suspended for.

"It does not appear at this time that surrounding buildings or any residential properties have been affected but we will continue to monitor the situation very closely and continue to assist the emergency services where we can.

"Whilst our first concern is for the safety of residents and our staff, we are also worried about possible damage to the museum's collection."

Simon Hughes MP said: "The fire at Southwark's old town hall in my constituency is dreadful, devastating and a real tragedy.

"At the moment all our thoughts are of support for the fire brigade, who are reminding us yet again of the brave, dangerous and vital work they do.

"It is a huge consolation that so far there have been no reports of any injuries."

The London Fire Brigade sent 20 appliances to the scene, including several crews from some of the 12 fire stations due for closure under controversial plans backed by the Mayor of London.

Last week the London Fire & Emergency Planning Authority announced that a public meeting on its proposed cuts to fire stations and the number of fire engines and firefighters will be held at City Hall on Tuesday 14 May.

The closure of Walworth Road meant that many bus routes serving Elephant & Castle have been disrupted and diverted.

• Thanks to Phil for the video above.