The Royal British Legion has turned part of the ground floor of its Borough High Street headquarters into a new 'pop in centre' for advice and information. 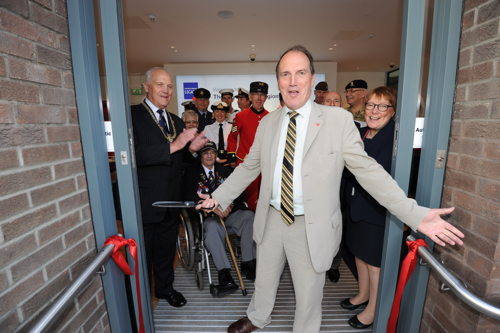 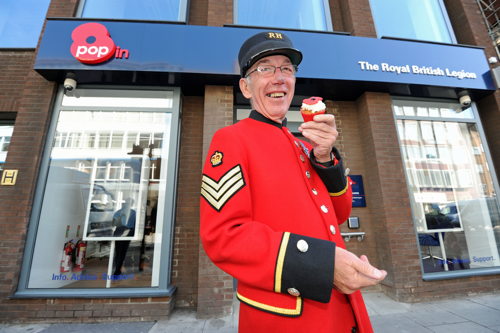 Now, as part of a change in the way that the charity supports armed forces veterans and their families, it has a bright new shopfront for visitors.

The legion is opening 16 advice and information centres on high streets around the UK, with the first five launched in London, Birmingham, Manchester, Cardiff and Southampton on Tuesday.

"Our beneficiaries sit at the heart of everything we do as a charity, and when they speak we listen," said Chris Simpkins, director-general of the legion.

"We are proud to announce this huge change which will ensure the legion is fit for purpose and members of the armed forces community can reach help how and when they need it.

"We know the total number of the armed forces community is set to decline, yet the demand for legion support is predicted to increase, as the population ages and our beneficiaries' needs become more complex, especially amongst those leaving the forces and those who are wounded, injured or sick.

"We used our research to set a course to modernise the legion, to meet changing needs and become easier to find – both online and in person – positioning our services closer to where our beneficiaries live.

"We will be more accessible, quicker to respond and extend our reach in the communities who need us most.

"The Legion should be the first port of call in any circumstances throughout life for Service personnel, veterans and their families."