The engineer who oversaw the rebuilding of Waterloo Bridge during World War II has been honoured with a green plaque alongside the Thames. 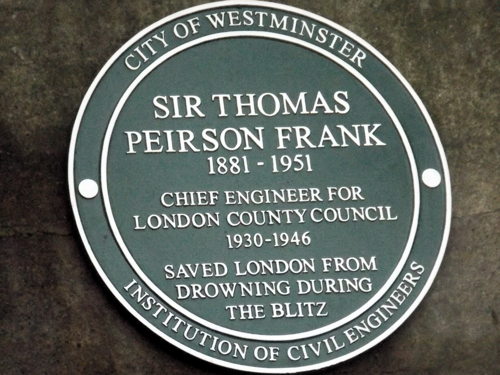 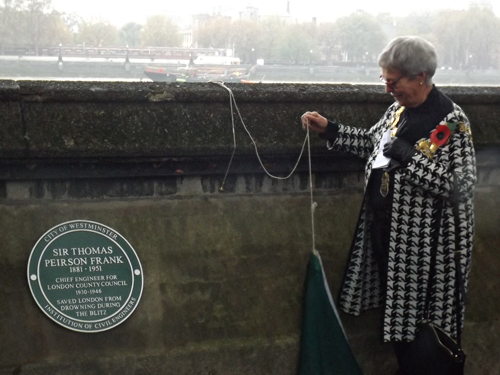 The plaque was unveiled by the Lord Mayor of Westminster, Cllr Audrey Lewis 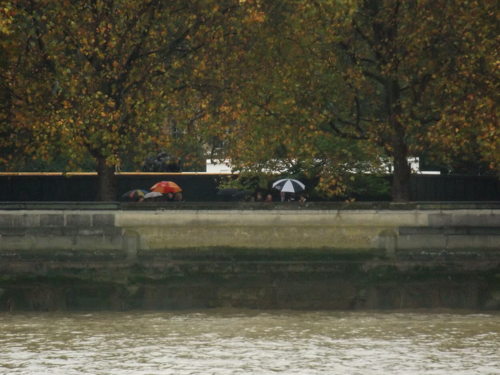 Sir Thomas Peirson Frank was the chief engineer of the London County Council from 1931 to 1946.

He was soon involved in the extension of the LCC's County Hall headquarters on the South Bank.

His role in the widening of Putney Bridge, the 1940 new bridge at Wandsworth and the wartime demolition and reconstruction of Waterloo Bridge has been well recorded, but his significant role in preventing London from being flooded during the Blitz has – until now – been lesser known.

Frank directed the Thames Flood Prevention Emergency Repairs service which from four depots around London – including one at Southwark Park – provided a rapid response to any bomb damage to the banks of the Thames.

The Thames wall was hit at least 121 times during the war years, yet due to the service's hard work the city never flooded.

In one incident in the early morning of 11 May 1941 the river wall at Bankside was breached.

Through prompt action by Peirson Frank and his staff, temporary repairs were completed before high tide two and a half hours later.

Peirson Frank's role in the protection of London has come to wider attention this year due to research by archaeologist Gustav Milne of the Thames Discovery Programme and a feature on the BBC's Coast TV series.

On Wednesday the Lord Mayor of Westminster unveiled a plaque bearing Sir Thomas Peirson Frank's name in Victoria Tower Gardens, next to the Palace of Westminster.

The plaque has been affixed to a section of river wall that was damaged during the war. The section which was repaired can be clearly seen at low tide from the Lambeth side of the river on the Thames Path outside St Thomas' Hospital.

Many of the engineer's descents were present for the unveiling of the plaque, including his grandson Martin.

The plaque has been funded by the Institution of Civil Engineers of which Sir Thomas Peirson Frank was president.