Local businesses have been urged to sign up to the Waterloo Foodbank Supporters Scheme. 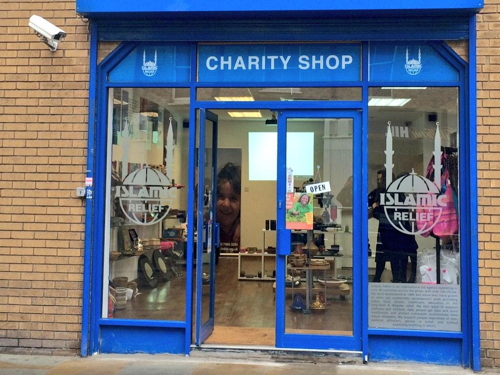 Waterloo Foodbank revealed this week that December 2014 was its busiest ever month and it gave out almost 20 per cent more food than in December 2013.

Launched in 2013, the supporters scheme is a partnership between Waterloo Quarter BID, Eden Caterers and Oasis Church Waterloo which invites local businesses to host a donation box within their premises for staff and visitors to add to.

So far, the scheme has 20 local businesses supporting it, including Morley College and Unite student accommodation as well as a number of offices throughout the area.

Most recently, the new Islamic Relief Shop on Lower Marsh has signed up as a collection point. The scheme has made five collections in the last 10 months, and a total of 1.68 tonnes of food has been donated.

Every few months, at designated times in the year, staff from Eden Caterers collect donations from the signed-up businesses and transport them for free to the Foodbank. From there the Foodbank distributes emergency food parcels to local families who would otherwise go hungry.

"The Foodbank Supporters Scheme is a great example of how local businesses can really make a difference to those most in need in their community," said Helen Santer of Waterloo Quarter BID.

"It also demonstrates how collaboration between local businesses and community organisations can greatly increase the impact of what a charity might achieve on its own."

A year ago local catering company Eden Caterers won a Waterloo Community Award for its work supporting the Foodbank.

Hugh Walker, managing director of Eden Caterers, said: "Eden Caterers believes passionately in supporting local community projects – and this scheme is a great way for us to help support the Foodbank's work. It has been immensely satisfying to see how successful it has been and much of that is due to the continued and much needed engagement and generosity of staff working for local businesses who the project has managed to reach."

Nathan Jones, manager of Waterloo Foodbank, said: "It makes a huge difference to us; not just the amount of food collected but also the fact that so many local businesses are willing to do something to help those in our community who are struggling. It's a really positive, practical example of a community in action."

• More than 500 items were donated to the Waterloo Foodbank by school pupils who attended the Team London Young Ambassadors Youth Summit at City Hall at the end of November.