The curtailment of bus route 53 short of its usual Whitehall terminus - introduced in January as a six-week measure - is to continue for the "foreseeable future" according to Mayor of London Boris Johnson. 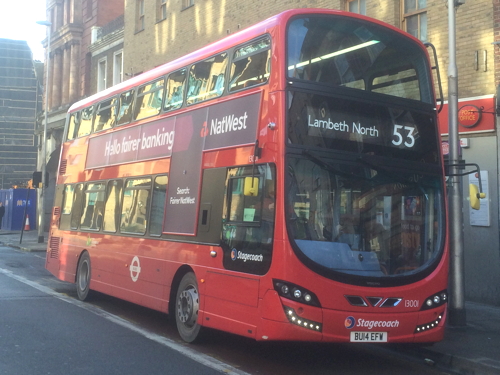 During the daytime and evening, buses on the Charlton to Whitehall route via Westminster Bridge are terminating south of the river at Lambeth North.

The change to the service was introduced in January due to roadworks outside the Palace of Westminster which have now been completed.

However, the reduction in the bus service remains in force, prompting the Charlton Society to launch a petition for the restoration of the full route which has attracted more than 300 signatures.

Liberal Democrat London Assembly member Caroline Pidgeon tabled a question about the route 53 service to Mayor of London Boris Johnson, whose response was published on Monday.

"The curtailment of the daytime service on route 53 at County Hall, just south of Westminster Bridge, was originally introduced to mitigate for work taking place in Bridge Street, Westminster," said the Mayor.

"Although this work has now been completed, modification of the junction at Elephant & Castle is impacting upon the reliability of route 53 and other bus services that run through this area.

"As a result the curtailment of route 53 will continue for the foreseeable future until the works allow the service to be restored to Whitehall.

"This will ensure a more reliable service for the majority of passengers using route 53.

"Transfer tickets are available to help customers continue their journey by using any other bus route and will expire one hour after they are issued.

"TfL is keen to return to normal operation as soon as possible. TfL will continue to review the curtailment on a monthly basis.

"The route will be brought into full operation once TfL is satisfied there is sufficient resilience in the route's operation to be extended back to Whitehall."