Dame Eileen Sills, chief nurse at Guy’s and St Thomas’ NHS Foundation Trust, has been formally made a Dame Commander of the Order of the British Empire in a ceremony at Buckingham Palace. 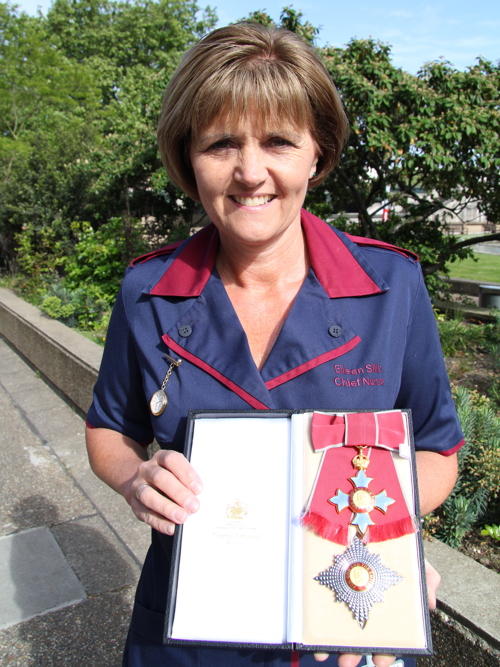 Dame Eileen, who has been chief nurse at Guy's and St Thomas' since 2005, was awarded the DBE in the Queen's new year honours list.

On Thursday she went to Buckingham Palace for the investiture ceremony which was presided over by the Duke of Cambridge.

"It feels like the most incredible honour to go to Buckingham Palace to receive this award," she said.

"I enjoyed discussing my nursing career with Prince William and telling him about all the fantastic work going on at Guy's and St Thomas'.

"I really would like to thank all my colleagues because this recognition would not have happened without their support."