Local filmmaker and artist Richard Miller has won a competition run by the National Portrait Gallery with his photograph of Al's Cafe in Bermondsey Street. 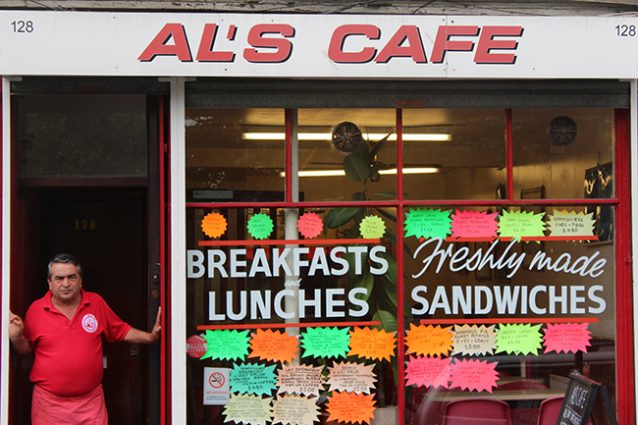 The NPG ran the photography competition as part of its 'South of the River' season focussed on Lambeth and Southwark.

The competition was judged by Simon Terrill – whose long-exposure photograph of St Saviour's and St Olave's School was exhibited at the NPG this summer.

Simon said of Richard's competition entry: "This photograph stood out for its directness, free from filters and distracting image editing effects, and makes a strong statement on a person's connection with place.

Richard Miller said: "The area south of the river is changing at a phenomenal rate.

"With all of the fine dining establishments in Bermondsey Street nowadays, it's nice to know that Al's Cafe has come out a winner."

The cafe has changed hands since Richard's photograph was taken and the man pictured no longer works there.