The man who will be the next Lord Mayor of London gave an organ recital during the launch of an appeal to raise funds to restore the historic instrument at St George the Martyr church in The Borough. 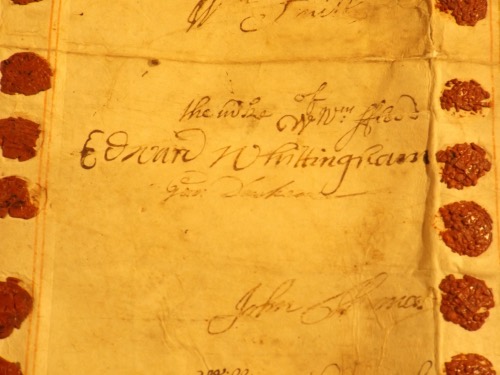 The 1702 contract with a local firm of organ builders 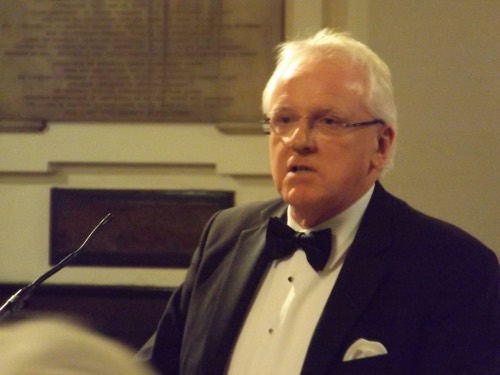 Alderman Andrew Parmley, who will be installed as Lord Mayor in three weeks' time, gave the short recital on the church's historic organ on Thursday evening.

On display was the church's 1702 contract with organ-builder Abraham Jordan whose premises were next door in Borough High Street. The huge document with many seals was on view for a few hours having been lent by nearby Southwark Local History Library.

The agreement for the instrument and its maintenance was between "the Rector Churchwardens Vestry other Officials and the parishioners of the Parish of St George the Martyr in Southwarke in the County of Surrey".

The date confirms that the Southwark-built organ is older than the present church building which, although on ancient foundations, dates from 1735.

Dominic Gwynn, author of Historic Organ Conservation, spoke about the work of Abraham Jordan and his son. The organ had undergone huge change during three hundred years and, although little Jordan work remained, the organ he built did include 1680s work by 'Father' Smith.

Abraham Jordan may have undertaken a rebuild but, added Mr Gwynn, it was still "an important organ by an important builder".

Dr Parmley's programme of eight pieces included a snatch of Oranges and Lemons, from Andrew Campling's Heaven in ordinaire, and concluded with Noel Rawsthorne's Hornpipe Humoresque which led to the audience to begin to join in as at the Last Night Night of the Proms.

The Bishop of Southwark, the Rt Revd Christopher Chessun, said that he had known Andrew Parmley for 25 years and on hearing that he was visiting St George's made space in his diary "to hear his expert playing".

"Our organ plays a vital part in our worship and life," says priest in charge Fr Jonathan Sedgwick.

"Without major restoration it is unlikely to be usable for more than a few years and so our aim is to raise funds to restore it over the next three years."

The church is asking for fundraising ideas and inviting supporters to sign up to an email alert for progress reports.

A detailed history of the organ is available on the church website.

Planned events next year include a concert with composer Bob Chilcott.