Tree planted in The Borough as symbol of interfaith understanding 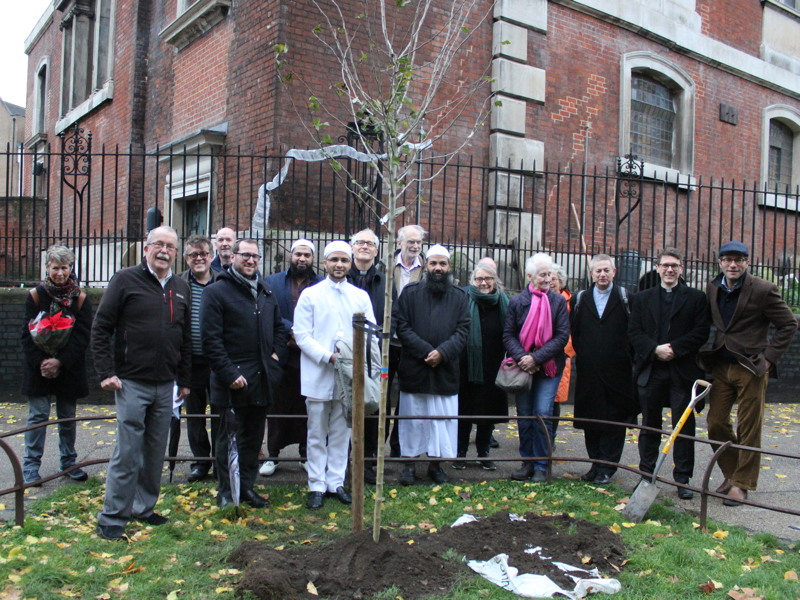 The tree has been planted in the pedestrianised section of Tabard Street alongside the church of St George the Martyr as part of a city-wide tree-planting initiative led by the Faiths Forum for London.

A hawthorn – or maytree – was chosen as a reference to the departure of the Mayflower from nearby Rotherhithe, where preparations are under way to mark the 400th anniversary in 2020.

The location for the tree-planting was also selected to honour Henry Jessey, a priest at St George the Martyr who, as a member of the Pilgrim Fathers (Brownist) church, campaigned as early as the 17th century for toleration of all religions, including Jews and Muslims, and in particular campaigned for the readmission of Jews into England.

• Local historian Graham Taylor is writing a series of articles for the Southwark Heritage blog about the links between local places and the Mayflower story: his first instalments cover Bankside and Bermondsey.