A protest march against Donald Trump's presidency of the USA and the prospect of Britain leaving the European Union made its way through SE1 on Monday afternoon. 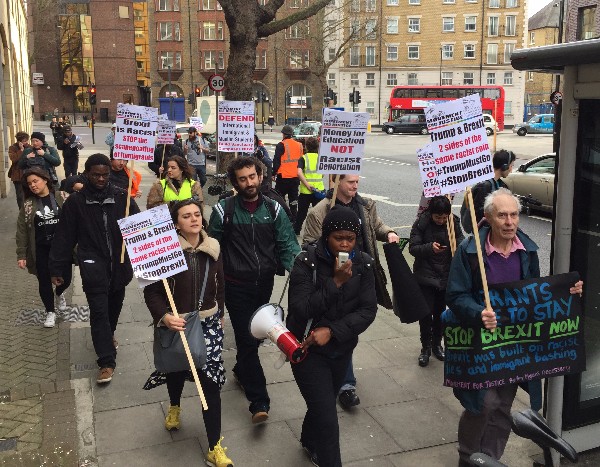 The student protest – called by the Movement for Justice – began outside the London College of Communication.

Between 12 and 20 people joined the march as it made its way up London Road and Waterloo Road to Waterloo Bridge to link up with other feeder marches in The Strand.

Chants included "No Trump, No Brexit, no racist EU exit".

Outside Perronet House the protesters were challenged by a man who shouted racist insults at the group.

Earlier in the day a separate action was held at the Elephant & Castle Shopping Centre when a flashmob was held in support of the 'One Day Without Us' campaign highlighting the role of migrants in London life.

A 'migrants welcome here' banner was unfurled at the entrance to the shopping centre.