Mayor of London Sadiq Khan says that cutting the frequency of the RV1 bus service by 50 per cent will save Transport for London more than £340,000 a year. 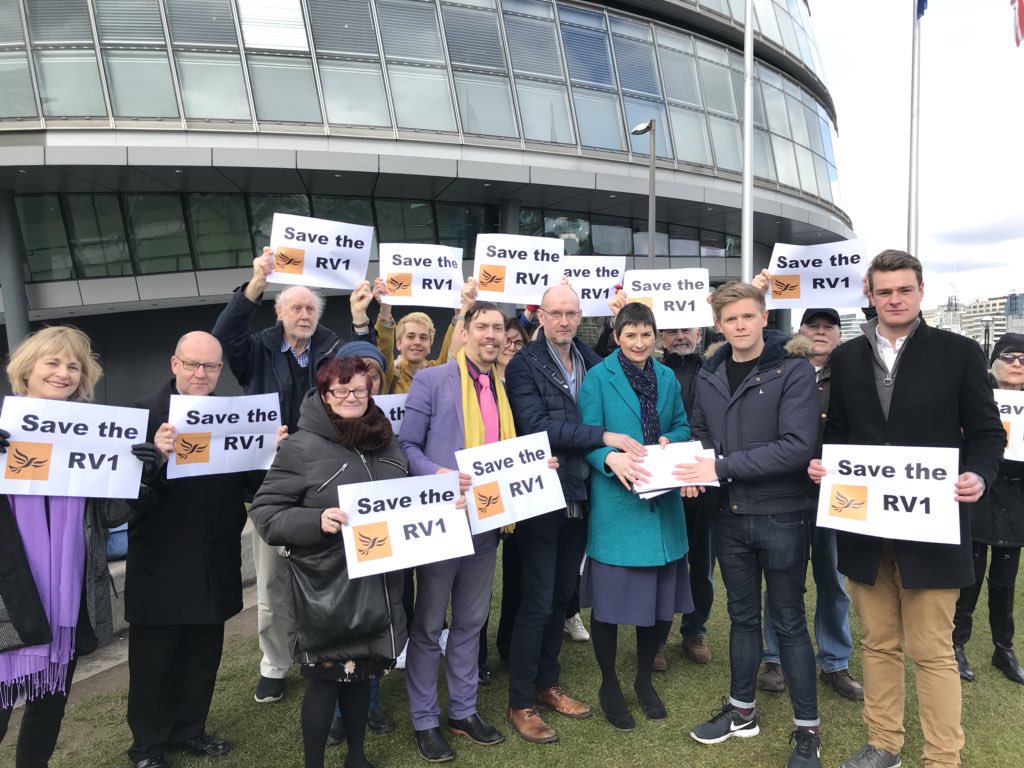 Lib Dem councillors, campaigners and community leaders including the Dean of Southwark delivered the RV1 petition to City Hall on 8 March

The RV1 bus route – which links Covent Garden with Tower Gateway via the South Bank and Bankside – was reduced from a 10-minute frequency to a bus just three times an hour in February.

Mr Khan this week responded to the petition against the cuts that was delivered to City Hall last month.

"Passenger demand for the RV1 has been falling for a number of years, halving since mid-2015," said the Mayor.

"It is very lightly used for a central area route, with occupancy about half that of the network as a whole."

The Mayor argued that much of the RV1's route is duplicated by other bus services, including the 381, the 78 and the 42, as well as the Jubilee line and mainline rail services between Waterloo and London Bridge.

He added: "Reducing the frequency from six buses to three buses per hour was carefully evaluated to ensure this change was worthwhile.

"This change will save over Ł340,000 per year which represents a significant saving that can be reinvested across the wider bus network.

However the Mayor fails to mention that just weeks before cutting the RV1, TfL took delivery of two brand new hydrogen buses at a cost of more than Ł1 million to allow the full 10-minute frequency to be operated with zero-emissions vehicles.

Caroline Pidgeon AM (Lib Dem), who formally presented the petition at the London Assembly plenary meeting on 8 March, was unimpressed by Mr Khan's response.

"I welcome TfL at least admitting that it was unacceptable to suddenly cut in half the frequency of the RV1 without giving advance notice to customers and stakeholders," she said.

"Quoting figures about falling ridership is utter nonsense, as everyone knows that demand has been suppressed during extensive roadworks.

"With new housing and residents living along the route and with a proper marketing campaign aimed at visitors and tourists there is no reason why ridership figures couldn't be significantly improved.

"You will never get more people onto using buses if there are fewer buses."

The petition was organised by Victor Chamberlain, Lib Dem candidate in Borough & Bankside ward. He said: "Over 1000 Londoners have now signed the petition I set up on behalf of the Southwark Liberal Democrats to challenge the Mayor's decision.

"They have told us why this service is so important to them getting to and from Guys and St Thomas', to get to the train stations and to university and work.

"Local residents have also told us how the cuts are already hurting them and their their ability to get around town as other services don't serve their needs."