A strategy and action plan to promote cycling in the London Bridge area has been launched by the Team London Bridge business improvement district. 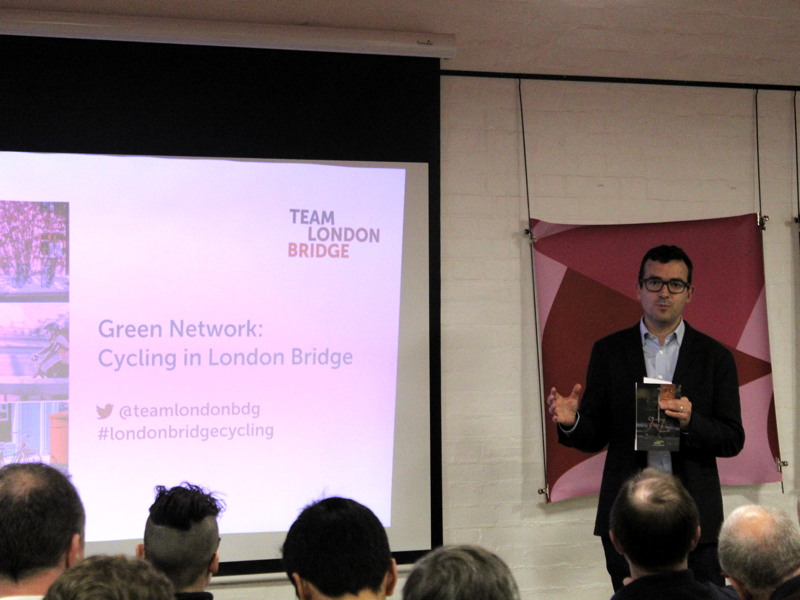 London walking and cycling commissioner Dr Will Norman was the keynote speaker at Wednesday's launch event which was held at Team London Bridge's Melior Place offices.

"What I'm most delighted about is seeing businesses step up to play that natural role for them as leaders in their communities," said Dr Norman.

"I think that is what is so exciting about this strategy. We're seeing more and more evidence about how important walking, cycling and sustainable transport are for the future success of London's economy."

Team London Bridge, which is funded by a levy on business rates, has pledged to promote cycling and to fund – and seek funding for – schemes that enable more people to cycle in the area.

Measures proposed in the action plan include more contraflow cycle routes on one-way streets, better cycle parking and promoting the use of cargo bikes for deliveries.

"We can't sustain the level of development and expect to continue with 'business as usual' on the very constrained street network that exists at the moment," said Richard Lewis of the ActivePlanning consultancy which helped to draw up the strategy.

The launch followed just one day after TfL published its proposals for changes to Tooley Street and Duke Street Hill.

• The full strategy document is available at www.teamlondonbridge.co.uk/cycling