A dragon led a procession of over a hundred people from St George's Cathedral to St George the Martyr Church. 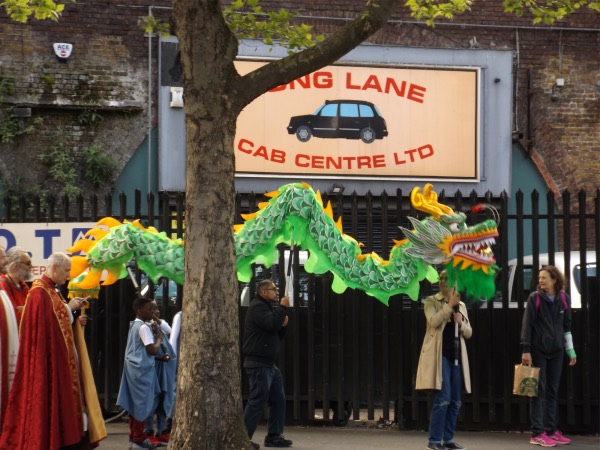 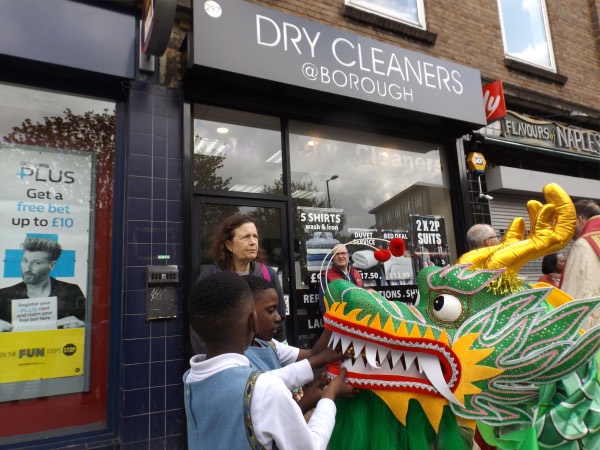 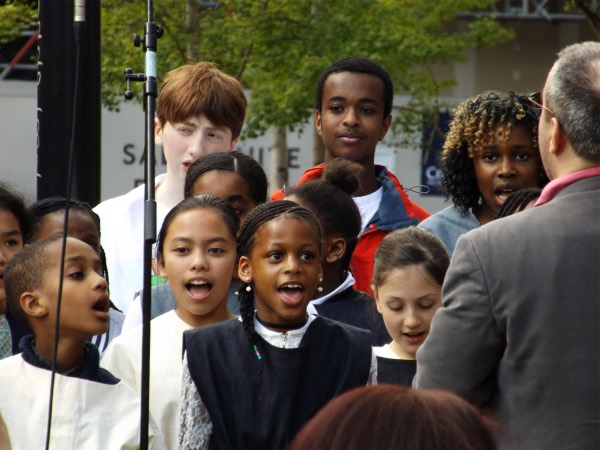 The procession on Saturday afternoon, part of the St George in Southwark Festival, began with prayer at the cathedral, led by the dean Canon Richard Hearn, and ended with a play about St George and the dragon in Tabard Street Piazza.

St George the Martyr parish priest Jonathan Sedgwick announced the launch of a music academy at the church to enable young people to enjoy music alongside professional players.

St George's Day services are at St George the Martyr on Sunday at 11am and St George's Cathedral on Monday at 6.30pm. Catalan festivities take place in Borough Market on Sunday afternoon.