Southwark Council has published the findings of an investigation into the death of cleaner Ayikoe Atayi who was found dead last November in the cupboard where he was living. 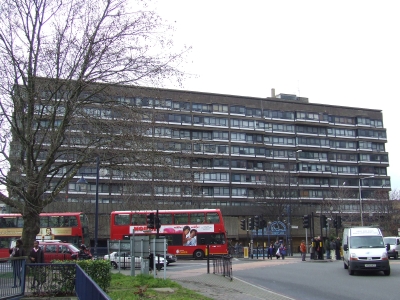 49-year-old Ayikoe Atayi came to the UK from Togo in 2001 to work and send money back to his two children in Africa.

Mr Atayi was last seen reporting for work as a cleaner on the Rockingham Estate on 7 November 2006 and was found dead just over a week later in a large store cupboard at Perronet House, Elephant & Castle, on 15 November.

This week the Southwark Coroner recorded an open verdict on the death of Mr Atayi. The post mortem examination presented at the inquest recorded opiate and alcohol intoxication as the main contributory factor in his death.

The council has now published the findings of its own internal investigation into the circumstances of the death.

"This was a very tragic case and the council's thoughts are with Mr Atayi's family at this sad time," says Conservative councillor Kim Humphreys, Southwark's executive member for housing management.

"This council is committed to protecting the welfare of both staff and residents and is doing all it can to try to prevent this happening again."

The internal investigation was carried out by Southwark's head of parks and sports Jay Yeats and the findings [PDF] are available on the web.

The investigation found that Mr Atayi appeared to have chosen to use the cupboard as a base, but gave various tenants' addresses on the estate as his home, using some of these to collect his post.

It also found that it was likely that Mr Atayi was primarily living with one tenant before his death, though the landlord of the property was unaware of this at the time.

When challenged by council officers about sleeping rough on the estate, he repeatedly said he didn't need help with accommodation and had got somewhere else to stay.

The investigation found that the council was not at fault for Mr Atayi's death, but offered several recommendations which the council says it will act on.

These include the provision of specialist guidance to managers on the best approach when dealing with staff with housing difficulties, and those who show signs of alcohol and drug misuse.

The council says that it will also check all human resources records to ensure next of kin details are clear and addresses given are genuine.

The authority has already drawn up a new system to verify ownership of all cupboards on the estate.

The investigation also confirmed that there was no gas leak and no evidence of carbon monoxide poisoning.

• Perronet House resident Richard Reynolds maintains a blog about life in the building at www.perronethouse.com