Managers from the Marriott hotel chain this week helped environmental charity Thames21 to clear litter from the Thames foreshore near County Hall. 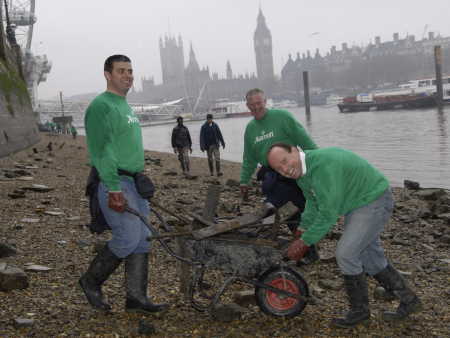 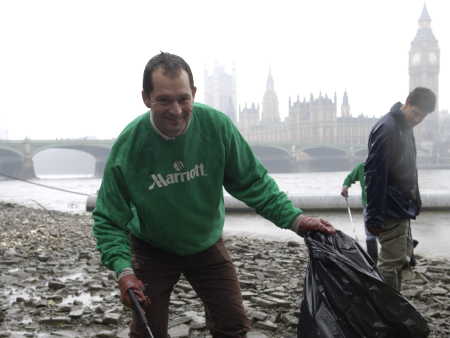 The volunteers cleared more than one and a half tonnes of river rubbish despite grim weather and driving rain.

Finds included wallet with ID and credit cards still in it (it will be returned to the owner) as well as cameras, mobile phones, animal bones, a knife, spectacles, an iPod nano and a camera.

"The magnificent River Thames is a familiar and much loved part of London's landscape but is marred by river rubbish which is exposed at low tide," says Chris Coode, Thames21's river programmes manager.

Thames21 says that although the River Thames is today one of the cleanest city rivers in Europe, at least 700 tonnes of rubbish is removed from the tidal Thames every year. The charity warns that much more litter washes out to sea with devastating effects on the wider marine environment.