Celebrations for St George's Day in SE1 this year included a Dragon Quest, a lecture on Shakespeare, Southwark & St George, storytelling and an open-air play. 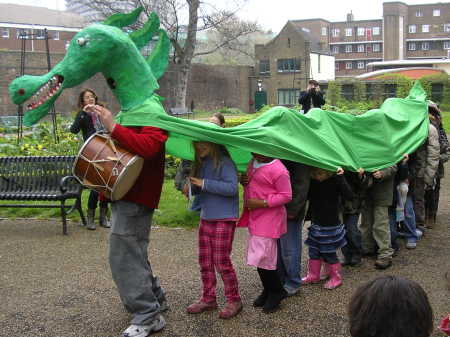 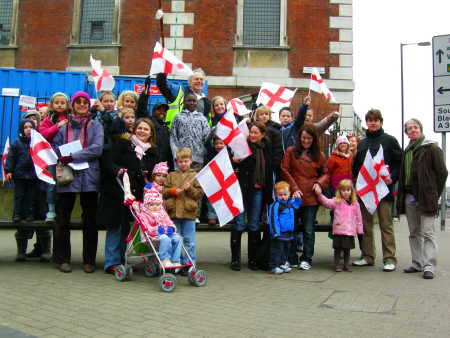 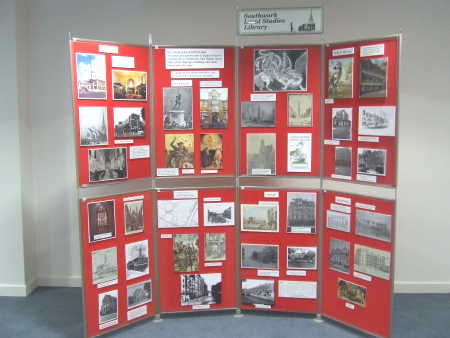 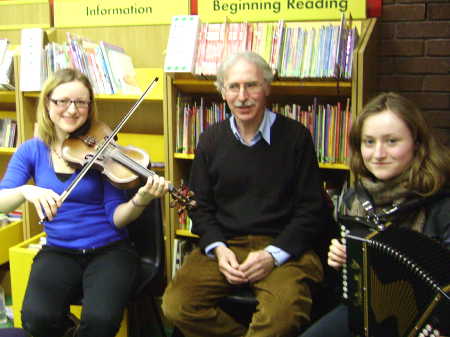 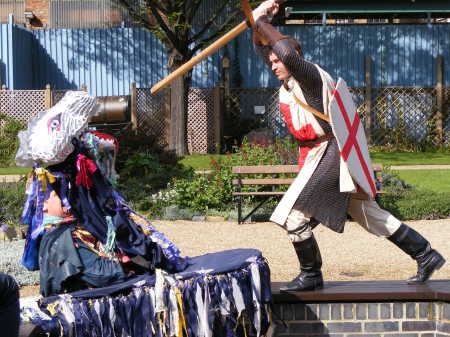 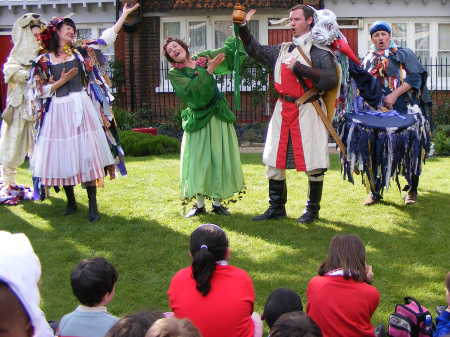 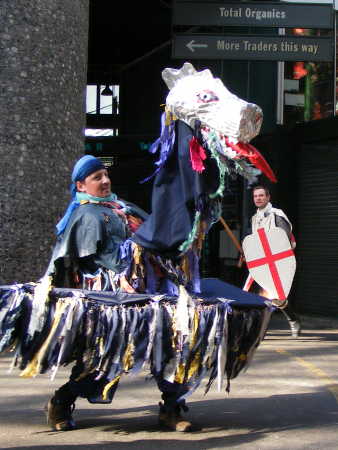 The play was also performed in Borough Market 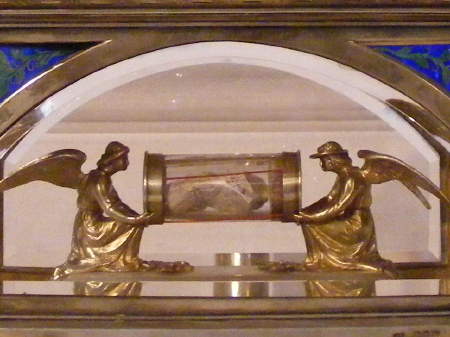 The St George in Southwark Festival – now in its second year – began on Saturday 19 March.

Simon Hughes MP, who attended some of the festival events, has announced that he is formally asking Southwark Council to agree to greater support for expanded St George's Day celebrations in the borough in years ahead.

"The St George in Southwark Festival is a good and growing initiative which deserves widespread support across all our communities," says Simon Hughes.

"St George, a Palestinian by origin, is a very good patron for our mixed and diverse borough as well as for our richly diverse country.

"Building on this year's lecture, tours, lunches, services and other events, I am proposing to the borough that in future years we invite in turn other countries which have St George as their patron to join us to celebrate our different but linked cultural heritage."

"The Irish have for many years made a big thing of celebrating St Patrick their patron – who of course wasn't Irish. The Scots increasingly commemorate St Andrew – who was not Scottish. And the Welsh are rightly becoming more willing to mark St David's Day on March 1st – although they can claim their patron saint was from their own country. England has been too reticent for too long. Here in Southwark, where we also had the home of the greatest playwright in the English language, William Shakespeare – whose date of birth (and death) was also 23rd April – we should lead by example."

A dull and chilly morning was brightened up as the festival began with the Great Southwark Dragon Quest – led by Southwark Mysteries' John Constable – in Red Cross Garden. 45 adults and children set out to look for dragons in and around Borough High Street, while learning of the traditions of St George and the mythology of dragons. They ended at St George's Garden where a dragon did a celebratory dance.

To celebrate the completion of a Ł3.6 million restoration of St George the Martyr church, a full peal of the bells was rung by the St James' Guild of Bell Ringers. [Listen to an MP3 clip]

The full peal, comprising 5088 different changes, composed in the USA by Donald F Morrison, was successfully rung in 3 hours 16 minutes, on the eight bells, the heaviest of which weighs just under 15 cwt. The previously unrung 'method' , specially devised by Ian Bushell has been named Celebration Surprise Major and may well be rung again this autumn for the official reopening of the restored church.

This was the first full peal of the bells of St George the Martyr for two decades. The church bells have not been rung at all since 1998 when bell ringing had to stop due the unstable condition of the church building.

Meanwhile Stephen Humphrey from the Southwark Local History Library gave a talk on the history of St George the Martyr church. Later more than 100 people packed the newly decorated crypt for a lively lecture by local resident Robert Pennant-Jones on Southwark, Shakespeare and St George. Younger members of the audience were conscripted into taking part in the rehearsed reading of Act III of Henry IV part 2 while everyone contributed to a rousing rendition of Henry V's 'Cry God for Harry, England and St George'.

There were exhibitions from the Local History Library of St George-related places in Southwark and of the places of which St George is also patron saint, including Catalonia.

On Sunday there was another Dragon Quest. Fr Ray Andrews of St George's preached at the Festival Eucharist and he and others later joined local members of Blackfriars Settlement to enjoy a traditional English lunch.

On St George's Day itself a new painting of St George and Dead Soldier was unveiled by Canon James Cronin and the artist, Scott Norwood Witts, in St George's Cathedral.

The Cathedral's relic of St George was also displayed for veneration after the annual Chapter Mass.

Meanwhile children from Friars Primary School and St Joseph's in the Borough were entertained at the John Harvard Library by English folk stories, songs and dances performed by Bob Askew and the Askew Sisters.

The climax of the celebrations was three performances of the traditional Ballad of St George and the Dragon, performed by the Lions part theatre group, based in Bankside, starting in Red Cross Garden and moving to the Borough Market. The performances were supported by Better Bankside.

After a short rest the final performance was at Charles Dickens Primary School to an audience of locals gathered for a celebratory St George's day meeting of the Borough & Bankside Community Council.

As well as the play there were displays about St George in the area, a talk on the reasons we should celebrate St George as a multicultural patron saint in Southwark, where many of the nationalities who share St George live, traditional English songs sung by the Blackfriars Nightingales and the evening as rounded off with a performance by the Rockingham Somali Women's Group.