St George's Day in Southwark was marked by events at the borough's two cathedrals as well the Borough's church of St George and Red Cross Garden. 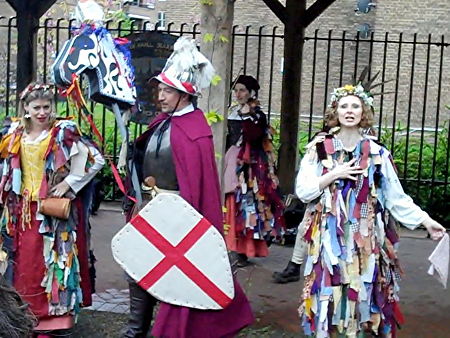 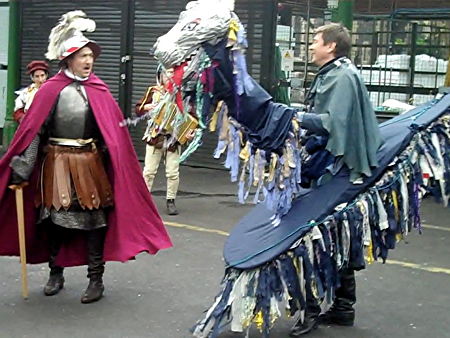 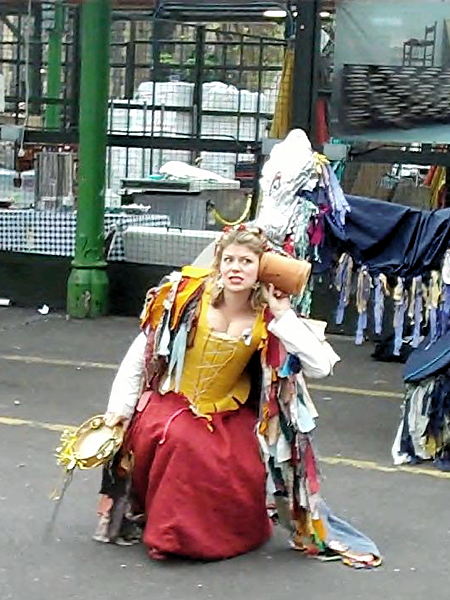 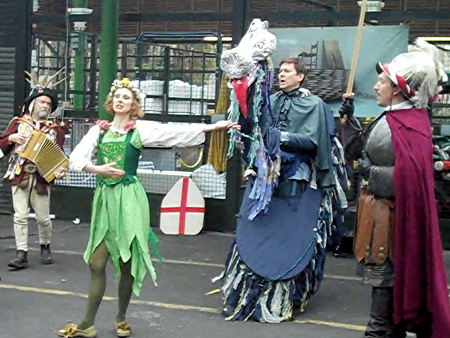 St George's Day is also the birthday of William Shakespeare and large audience enjoyed a programme of words and music entitled Celebrating Shakespeare and Dickens by Rick Jones, Jane Jones and Arthur Smith at Southwark Cathedral.

But rain drove inside the cathedral's Barcelona-style bookstall offering roses as well as books.

The Ballad of St George and the Dragon was performed at four venues around Borough during the afternoon. Although Monday afternoon weather was damp with showers there were good audiences for the the first and last of the traditional open-air performances.

The Lions part took their 12-minute play to St George's Cathedral Primary School, where pupils had kept their patronal saint's day with Mass and a roast beef lunch. The school adjoins Southwark's Roman Catholic cathedral which displays a relic of St George every year.

The Ballad had a smaller than usual audience in the open air at Red Cross Garden and Borough Market. However, there was a large and enthusiastic number of people for a performance in the crypt of St George the Martyr church where the Mental Fight Club's Dragon Cafe was open for the day.

The three-day St George in Southwark Festival ended with a meditation in St George the Martyr Church and a party hosted by the Mental Fight Club.