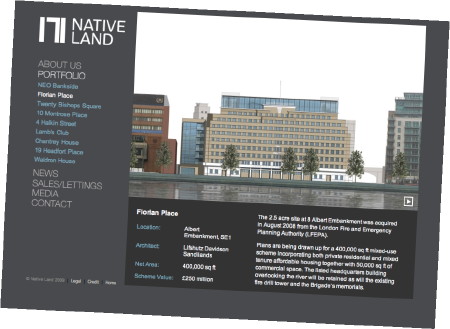 The Native Land website includes images of the proposed development

The mixed-use development, called Florian Place after the patron saint of firefighters, involves adding a glass box to the roof of the 1930s Fire Brigade HQ which would be converted into flats.

Lifschutz Davidson Sandilands have designed a range of new buildings up to 16 storeys high around Lambeth High Street to the rear.

The 363 homes would feature a range of unit sizes as well as a mix of flats for market sale, shared ownership properties and social rented homes.

However most of the 'affordable' housing is likely to be concentrated in a standalone block on Black Prince Road on the other side of the railway line from the rest of the development.

The proposals include a new public piazza with shops at the southern end of Lambeth High Street.

Lambeth Fire Station would be retained at ground level, along with the hall of memorials to firefighters killed in London.

The drill tower in the yard at the rear is also a listed building, though views of the tower from Millbank are likely to be lost as a new infill block is proposed for the gap between the London Fire Brigade building and the International Maritime Organization headquarters.

The developers expect to submit a planning application to Lambeth Council by the end of the year.