Southwark Council says that the new enforcement powers granted to its Community Wardens are making a real impact in tackling nuisance and antisocial behaviour. 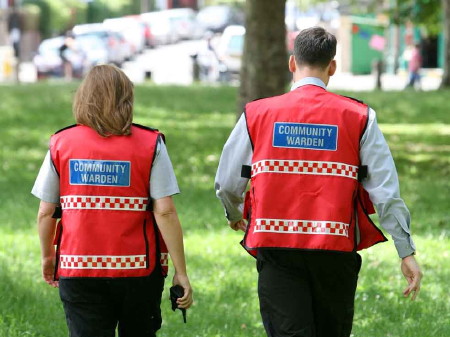 In April, Southwark Council's community wardens became the first local authority officers in Greater London to be accredited by the Metropolitan Police. It meant that wardens were given the power to tackle issues such as underage drinking and antisocial behaviour on the spot without the involvement of the police.

The council claims that street drinking in Southwark has been reduced dramatically over the past 6 months, with nearly 400 separate instances of alcohol being seized in connection to anti-social behaviour.

In more than sixty cases of antisocial behaviour, the wardens were able to enforce the handover of names and addresses.

In total 87 wardens were given these new powers under the Community Safety Accreditation Scheme (CSAS). The five new powers include the ability to confiscate alcohol in a designated public place, confiscate alcohol from anyone under 18 years of age, and also to take a person's details if they are committing anti-social behaviour.

The Borough & Bankside Wardens have used their new powers to tackle street drinking in Flat Iron Square, at the junction of Union Street and Southwark Bridge Road.

Between April and June the wardens made daily visits to the area, engaging with the street drinkers present and explaining the legislation surrounding drinking in public spaces. Wardens called upon their new powers to make 27 alcohol seizures from those perceived to be causing antisocial behaviour.

"It's been a real problem over recent years, with street drinkers abusing my staff and on occasion even assaulting me," says Michael Matheakis, owner of The Island Cafe at Flat Iron Square.

"But the wardens' presence has been great, and they're able to tackle the problem head on. The feel of the area during business hours has been transformed. It's so much better."