Plans by Marlin Apartments to build a 154-room apart-hotel on the site of Costain House in Westminster Bridge Road have been approved by Lambeth's planning applications committee. 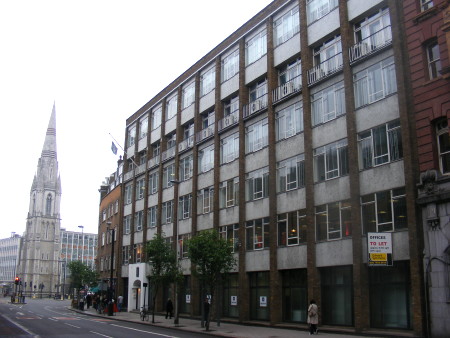 Marlin Apartments – who currently offer serviced accommodation at Empire Square in Borough and other locations around London – want to demolish the existing 1950s Costain House office block and create a new mixed-use building including the apart-hotel, office space and a 100-cover restaurant.

The new building – which ranges from 7 to 10 storeys, has been designed by BUJ Architects – the same firm responsible for the nearby Park Plaza Westminster Bridge and Park Plaza County Hall hotels.

Last year Lambeth Council refused planning permission for an earlier version of the scheme because of the loss of the existing office space.

The latest version of the proposal includes a significant amount of office space in addition to the hotel. Marlin has indicated that it intends to move its own offices to the Westminster Bridge Road site.

The development is expected to create up to 312 jobs in the hotel, restaurant and office space.

Waterloo Community Development Group supports the "subtle and unobtrusive" proposal even though it has concerns about the proliferation of hotels in the area.

Waterloo Quarter BID objected to the application because of the negative effect a new restaurant was likely to have on existing food and drink businesses in the area.

Bishop's ward councillor Peter Truesdale described the building as a "judicious compromise" and praised the applicants for the quality of their consultation with local residents and organisations.

Lambeth Council has recently refused two other planning applications for hotels in the Waterloo area due to concerns about the loss of office space in favour of visitor accommodation.

A proposal to turn the former language school at the corner of Lower Marsh and Westminster Bridge Road into a supermarket and 28-bed apart-hotel was recently turned down.

Hoxton Hotel's proposal for a 150-room hotel at the corner of Waterloo Road and Baylis Road was also vetoed because of the loss of office space.

Planning applications committee member Cllr Brian Palmer said: "I'm not bowled over by the architecture. The best we can say is that it's innocuous."

Despite these misgivings the committee resolved unanimously to grant planning permission.