Standing Up for Southwark: fight violence with love, says Boateng

"What really makes a difference is love," said Lord Boateng when preaching at Southwark Cathedral during a special service held as part of a campaign to tackle violence in the borough. 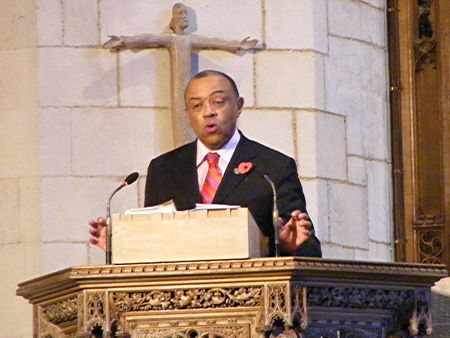 Lord Boateng, better known as Paul Boateng, in the pulpit at Southwark Cathedral 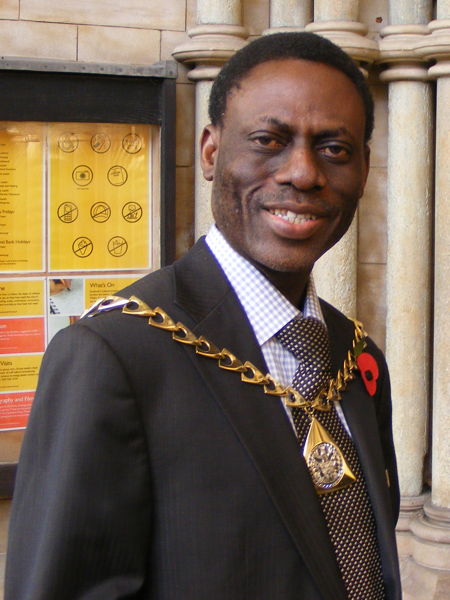 The Mayor of Southwark, Cllr Tayo Situ, arrives at the cathedral

The former Brent MP, Government minister and diplomat was speaking on Sunday afternoon at a service of Choral Evensong to mark the end of a weekend of prayer for Standing Up For Southwark. The Metropolitan Police initiative is aimed at reducing violent crime in the community.

"Without a change of heart there is nothing to be done," said Lord Boateng who began his training as a lawyer in Borough High Street.

"Change cannot come about through smooth talking alone. Legislation alone is not enough."

He added that intelligence which was needed to fight crime was by itself not enough.

"What I feel compelled to witness is that what really makes a difference is love."

Paul Boateng said that trust was important as it lay at the heart of love, love in action, and communities of which one was part could be transformed." He spoke of Standing Up For Southwark being part of a global movement in which poeople stand up for something different and better by using their skills.

"Our world in Southwark, the world beyond Southwark, is a world crying out for that peace that passeth all understanding. That is the kingdom promised by Isaiah. That is the vision shared in Luke."

At the close of the service the Mayor of Southwark and faith leaders gathered beneath the tower crossing in a joint act of commitment to "oppose and prevent violence".

Afterwards the Borough Commander, who hopes to hold a conference for Southwark's faith representatives in 2011, described the religious groups as "a powerful and widespread community within the borough".

The Standing Up for Southwark initiative was launched in May. In early September more than 100 young people and their families attended a debate at Avonmouth House about violent crime in Southwark and how this is tackled by police through the use of stop and search.