Two pupils from the London Nautical School in Stamford Street raised the Armed Forces Day flag outside City Hall on Monday at a ceremony hosted by the Mayor of London. 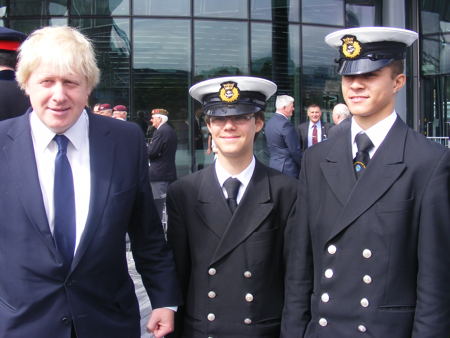 The Mayor of London with the two London Nautical School pupils 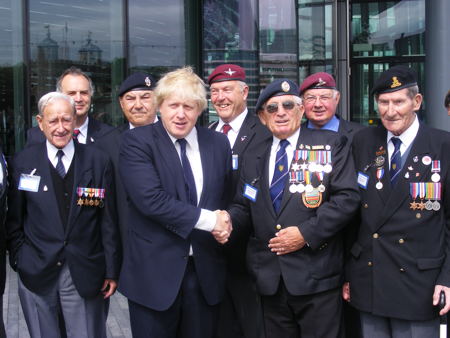 The Mayor of London with war veterans after the ceremony

The Mayor was joined by Jennette Arnold AM, chair of the London Assembly, and Brigadier Matthew Lowe for the annual flag-raising ceremony to mark the start of the build-up to Armed Forces Day on 25 June.

Mr Johnson began his speech by paying tribute to anti-war campaigner Brian Haw who died at the weekend.

"With Armed Forces Day and the raising of the flag, at City Hall and across the country, we recognise the vital work and bravery of serving troops, veterans, recruits, and their families," said the Mayor.

"A celebration and commemoration, this important day is an opportunity for us to collectively honour the brave men and women of the Armed Forces, both past and present.

"I am pleased that so many veterans have taken up the offer of free travel, which is a small, but practical way to express our gratitude for their courage and sacrifice. I hope others will also come on board."