The Armed Forces Day flag was raised outside City Hall on Monday in the presence of Mayor of London Boris Johnson and London Assembly chairman Roger Evans. 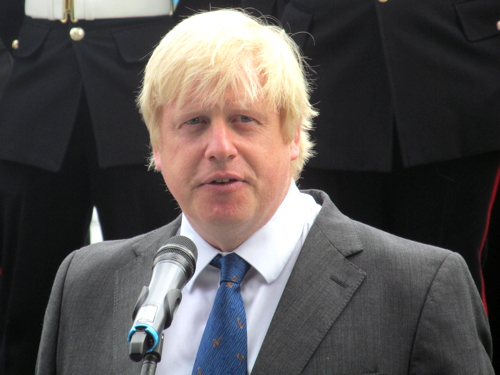 Mayor of London Boris Johnson speaking at the flag-raising ceremony 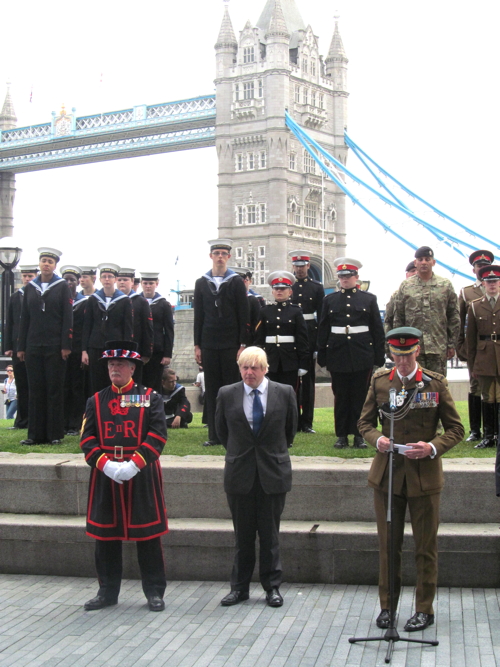 The annual ceremony, now in its sixth year, was attended by Chelsea Pensioners, Yeoman Warders and other veterans.

Armed Forces Day falls on Saturday 28 June and each year the flag is flown at City Hall during the week leading up to the day itself.

Southwark will mark Armed Forces Day on Monday evening with an event at Glaziers Hall during which the Princess of Wales Royal Regiment will received the honorary freedom of the borough.

Mayor of London Boris Johnson said: "This year, the nation commemorates the centenary of World War I and we remember the men and women who served in, lived through, or lost their lives during that terrible conflict.

"One hundred years on, the UK Armed Forces continue to defend the UK and its interests, not only by promoting peace in countries such as Afghanistan, but also by providing security, delivering aid, tackling drug smugglers and fighting terrorism across the world.

"And so, today, our thoughts embrace all those in active service in areas of unrest, those who lead them, guide them and care for them abroad and at home and, of course, we remember those we have lost."

Roger Evans AM, chairman of the London Assembly, said: "Sadly, since we last raised the Armed Forces Day flag at City Hall, nine British service personnel have died on active service in Afghanistan, including Warrant Officer Ian Fisher of the 3rd Battalion the Mercian Regiment who came from Barking.

"Today we recognise the sacrifice of men and women like Ian Fisher and all those who serve or have served in our Armed Forces. As chairman of the London Assembly I am pleased to take this opportunity to reaffirm our commitment to supporting the service family."

Pipe-Major Brian Smith and Graham Dawson from the London Irish Rifles provided music to open and close the ceremony.

• Army recruiters will be at London Bridge Jobcentre in Newington Causeway on Wednesday 5 June between 10am and 3pm.