Simon Hughes at premiere of play putting pressure on coalition 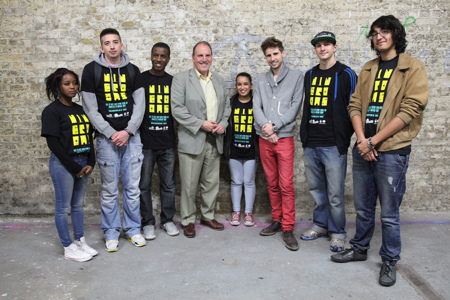 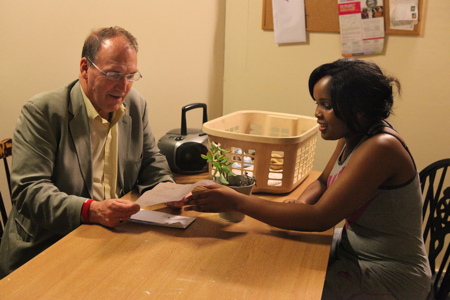 The theatre piece, which was performed on Sunday and Monday, is intended to highlight Centrepoint's campaign to restore face-to-face careers advice for all under-25s, led by young people supported by the homelessness charity.

The Centrepoint Parliament, made up of 18 to 25-year-olds, teamed up with advertising agency BBH to create the one-on-one theatre experience Nine Rooms at the Old Vic Tunnels in Waterloo.

Audience members, who moved from room to room on their own, were immersed in stories of young people from Centrepoint who have experienced homelessness, drugs and exploitation, and left to find their own way through the confusion, fear and moments of hope and unexpected joy.

"Nine Rooms is very powerful, very challenging and you feel for the young people going through these issues," said Simon Hughes, deputy leader of the Liberal Democrats in the House of Commons.

"Obviously the interesting thing about having different rooms is you can show different experiences: there are good news stories and this is about ensuring there are many more.

"Nine Rooms is a new and powerful way of winning the argument for face to face careers advice. This is a campaign that can be won. I believe very strongly that every young person gains from personal advice and this is as true when it comes to careers advice as anywhere else.

"For me, every young person needs quality work experience and mentoring as well as face-to-face careers advice. There is much campaigning for Centrepoint still to do."

Centrepoint says the following the dismantling of Connexions – which had its funding cut by the incoming coalition Government in 2010 – the duty to provide careers advice was passed to schools, but this only covers young people up to 16 and is only accessible to those in mainstream education.

The charity says that gace-to-face adult careers advice is available only for over-19s, and offers very limited support, especially for the most vulnerable.

"We are determined to guarantee face-to-face careers advice for all young people.

"Young people are some of society's most vulnerable members, but the most important to its future. Nine Rooms will showcase the reality of what we go through, so we can make a difference."