Troops brought in to replace G4S security staff at the Olympics should be housed in temporary barracks on the Albert Embankment, says a member of the London Fire & Emergency Planning Authority. 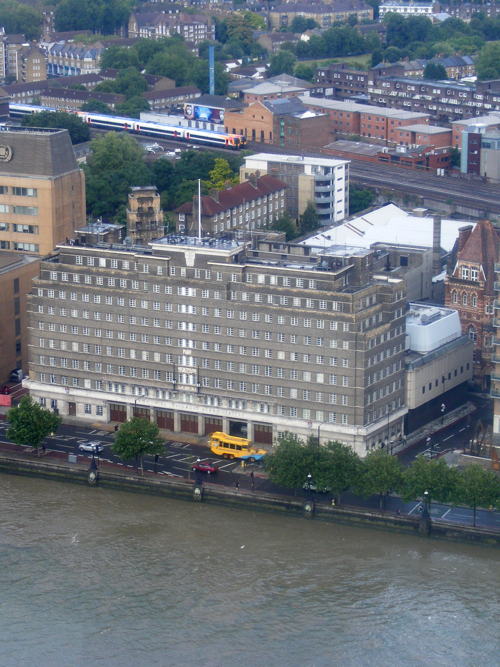 Cllr Terry Stacy, the Liberal Democrat group leader on the London Fire & Emergency Planning Authority, urged the body to offer use of its vast empty riverside building at a resources committee meeting held on Monday morning.

The former London Fire Brigade headquarters have been vacant since 2008; plans to redevelop the complex were vetoed by Lambeth Council last year. Part of of the site has recently been occupied by squatters.

"If the 2.5-acre empty building at Albert Embankment can help solve the challenge of housing some of the 3,500 extra troops that have been deployed to Olympic venues then surely the fire authority should not hesitate to help out," said Cllr Stacy.

"Due to the incompetence of G4S the more armed forces are being called in at the last minute to help provide vital security during the games.

"It is bad enough that so many troops are now facing cancelled leave this summer. At the very least they should be housed in reasonable comfort."

Update Friday 20 July A brigade spokesman said: "London Fire Brigade has written to the Ministry of Defence and LOCOG to offer part of its former headquarters site as accommodation for military personnel during the Olympics and we are awaiting a response."