Plans for a new 25-storey building on Newington Causeway - including an 125-room Premier Inn hotel - have been revealed. 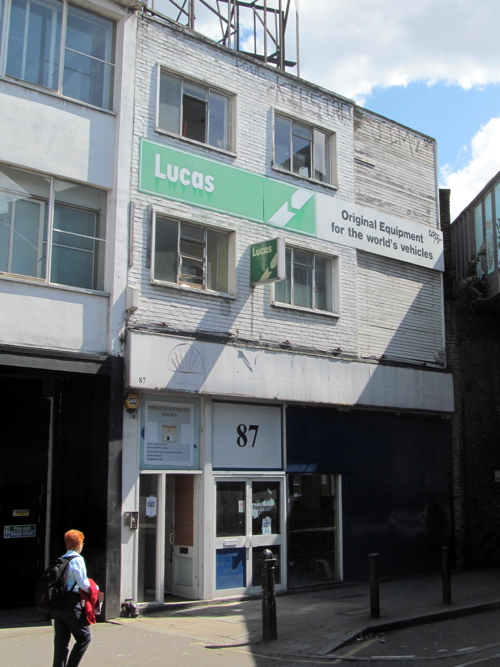 The narrow frontage of the site on Newington Causeway 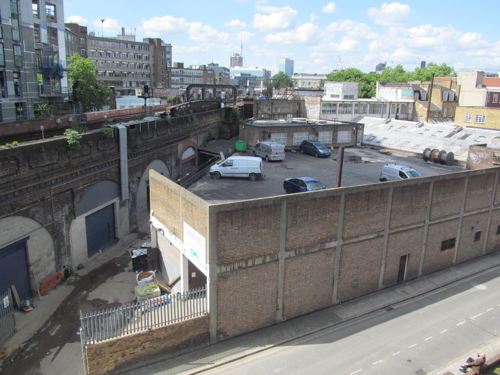 The site seen from Telford House on the Rockingham Estate

Earlier this month developer Neobrand held public exhibitions of its proposals for the former Northwood's garage site at 87 Newington Causeway.

The triangular site has a narrow frontage on Newington Causeway – sandwiched between Southwark Playhouse and the railway line – and a much larger frontage on Tiverton Street.

Neobrand is proposing a 25-storey tower with Premier Inn occupying levels 1 to 6.

The proposed hotel would be the Whitbread-owned chain's sixth in SE1.

The upper part of the building would accommodate 70-74 homes, including on-site affordable housing.

A new pedestrian route between Newington Causeway and Tiverton Street – parallel to the railway arches – is also included in the proposals.

The scheme has been designed by SPPARC architecture – the firm responsible for the as-yet-unbuilt Quill tower near London Bridge and a new apart-hotel on Bankside.

SPPARC says the design incorporates a satin-brushed polished zinc perforated rain screen as a reference to Michael Faraday's early experiments with the voltaic pile. The famous Victorian scientist was born in nearby Newington Butts.

A planning application has yet to be submitted to Southwark Council.