Staff and students marched between two of King's College London's campuses on Wednesday as members of the UCU union took strike action against proposed job cuts. 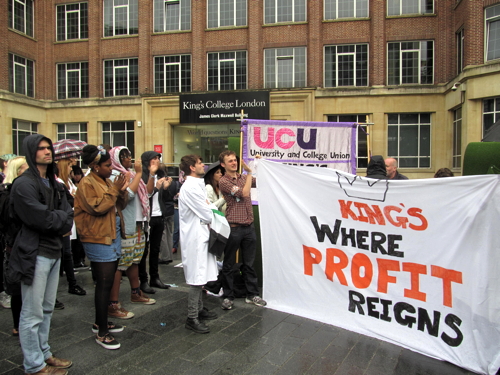 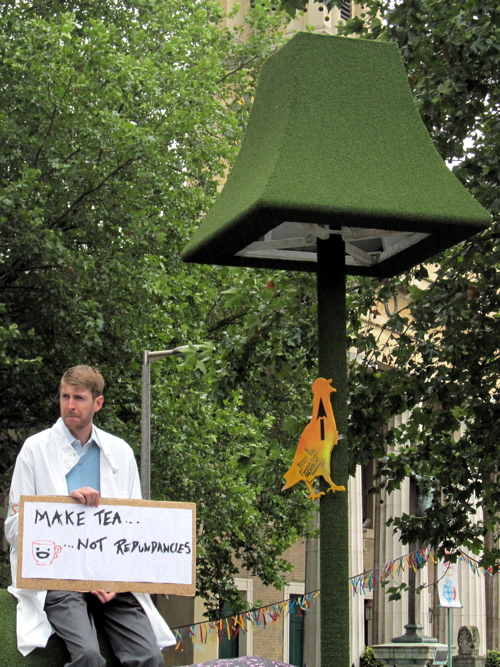 Last month we reported that 120 academic posts in the college's health schools were at risk. KCL now says that just 57 posts remain at risk.

"This represents 3.2 per cent of King's academic population and follows a robust review process," said a spokeswoman.

"The formal consultation process remains ongoing and we are not in a position to confirm the final number of those at risk until after it ends next week.

"If staff choose to take advantage of the King's voluntary severance scheme this number may decrease still further.

"These are difficult – but necessary – decisions that we have not taken lightly and we are taking great care to ensure that these changes will not adversely affect either our teaching or our research.

"We also seek to provide an environment befitting a world-leading research intensive university and the experience of all our students is of paramount importance to us."

After the strike staff will begin working strictly to contract and boycotting performance development reviews.

The UCU union has also criticised an internal memo which asked staff to volunteer to teach undergraduate courses outside their immediate area of expertise.

UCU regional official Barry Jones said: "This crass memo demonstrates that the redundancies will have a significant academic impact and makes clear that the college has no strategy for dealing with the cuts.

"King's is spreading anxiety and insecurity among staff without having any idea how to cover the work of the 57 people threatened with redundancy. We will be boycotting the questionnaire as well as taking strike action today.

"Students, parents and NHS patients will be rightly shocked that King's appears to be asking already busy staff to put their hands up if they fancy having a stab at teaching health students in areas outside of their expertise."