Campaigners against cuts to further education carried a coffin through the streets of SE1 on Saturday to highlight their fear that the sector could be fatally damaged by a funding crisis. 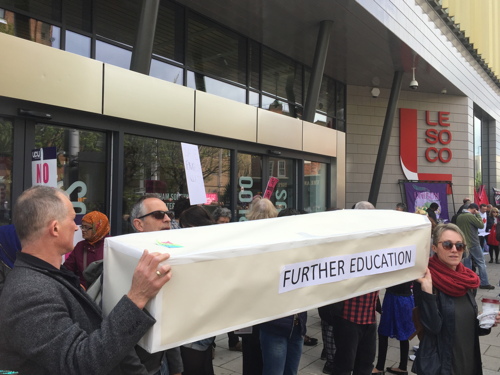 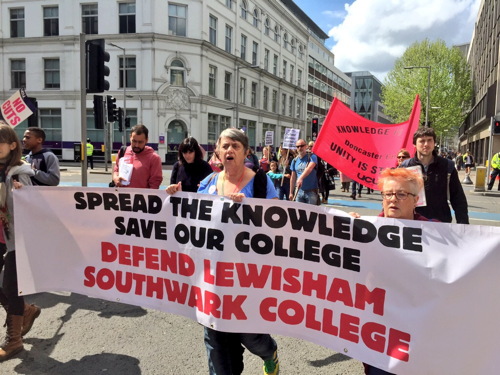 The march – called by the UCU union – assembled outside Lewisham Southwark College's Waterloo campus in The Cut and made its way to City Hall up Blackfriars Road and along Southwark Street.

Further education campaigners from around the country travelled to London to join the march.

Lewisham Southwark College – recently branded 'inadequate' by Ofsted – this month announced plans to cut up to 150 jobs to help solve a cash crisis.

UCU regional official Una O'Brien said: "We really need the college to start listening to its staff before any serious decisions about the future are made.

"Any knee-jerk reactions to financial problems risk damaging the reputation of the college, as well as the quality and scope of education for people in the area.

"We want college governors to meet with us and look at alternatives ways out of this crisis than simply sacking key staff.

"Our local communities desperately need the second chance opportunities that the college can provide."

A feeder march assembled at the London College of Communication at Elephant & Castle where the 'Occupy UAL' campaign has been fighting cuts to foundation courses at the University of the Arts London.