With a week to go until Lambeth councillors determine the Garden Bridge planning application the project has received a £3 million boost from the American banking group Citi. 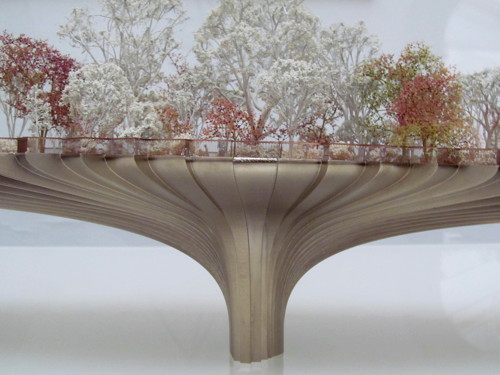 Controversial plans for a tree-lined pedestrian bridge across the River Thames between the South Bank and Victoria Embankment will be considered by Lambeth's planning applications committee on Tuesday 11 November.

Lambeth planning officers have recommended that the bridge – designed by Thomas Heatherwick and with landscaping by Dan Pearson – is approved.

As half of the proposed bridge would be in the City of Westminster a planning application will also be considered by councillors there on a date to be announced.

The Government and Transport for London have each pledged Ł30 million towards the cost of the scheme.

Now the bank Citi has become the first major corporate backer of the scheme, offering Ł3 million to cover the trust's operating costs until the scheduled opening of the river crossing in 2018.

Boris Johnson scoffed when criticisms of the high level of public funding for bridge were raised at Mayor's Question Time at City Hall last month.

"Oh for God's sake! ....Stop whinging about everything! ... Jesus Christ!" said the Mayor when Lib Dem London Assembly member Caroline Pidgeon pointed out that the the scheme would involve the closure of Temple Station for at least six months, would lead to the loss of green space outside the ITV building on the South Bank and would fail to provide facilities for cyclists.

Asked whether City Hall would bail out the trust if it failed to hit its fundraising targets, the Mayor replied: "I don't see any reason why we should be increasing our support for the Garden Bridge."

More than 650 people have signed a petition against the Garden Bridge organised by the Thames Central Open Space campaign.

A public meeting held at Waterloo Action Centre in August ended with a show of hands. 14 people indicated their support for the bridge, 34 were against the scheme and there were 10 abstentions.

Since then the trust has held a number of drop-in events for local residents. A recent roadshow in Lower Marsh market even featured a live performance of a Garden Bridge song and Garden Bridge-themed cupcakes.

"The bridge will act not just as a new pedestrian crossing, but a public garden to be enjoyed by all. Citi is helping take us ever closer to reaching this goal."

James Bardrick, head of Citi in the UK said: "From financing the first transatlantic telephone cable to the space shuttle, Citi has a 200 year history of working with individuals, institutions, and governments who have a vision of progress.

"We believe the Garden Bridge is a fantastic example of innovative city thinking that will help keep London at the forefront, enhancing quality of life and stimulating tourism and regeneration.

"It is a project that will make a meaningful difference to London and the UK and we're proud to be playing our part in getting this wonderful bridge built."