Two Southwark policemen rescued a two-year-old boy and his grandfather from a smoke-filled flat at Elephant & Castle on Friday morning. 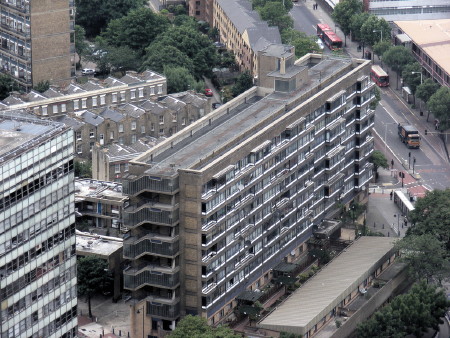 PCs Matt Durham and Merv Bundhoo were at Elephant & Castle just after 9am on Friday when they noticed a large amount of smoke pouring from a flat in Perronet House.

The officers entered the building to find an oven on fire inside the flat.

The two constables managed to extinguish the fire and help a 2-year-old boy and his grandfather out of the flat to safety.

The London Fire Brigade and London Ambulance Service were both called and the child, his grandfather and the officers were all treated for smoke inhalation, although none was taken to hospital.

"The actions and bravery of PCs Bundhoo and Durham were outstanding and show the very best of the Metropolitan Police," said Inspector Richard Auty from Southwark Police.

"Thanks to their quick-thinking, they have prevented the fire from getting a real hold and have managed to get the child and his grandfather to safety.

"It appears that the young child has turned the oven on, unbeknown to his grandfather, and this has caused items in the oven to catch alight.

"If it wasn't for the actions of my officers, then we could have been dealing with a much more serious incident and I am extremely proud of the way they handled the situation."