Mayor of London Boris Johnson has agreed that London taxpayers will guarantee the future upkeep of the controversial Garden Bridge between the South Bank and Victoria Embankment. 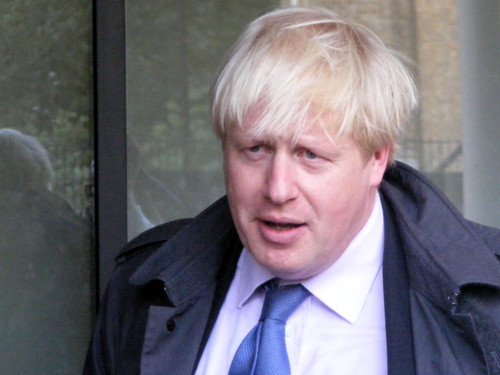 On Thursday the Mayor of London signed a formal decision agreeing to underwrite the future maintenance of the bridge in accordance with a planning condition imposed by the City of Westminster and a corresponding undertaking given to Lambeth Council by the Garden Bridge Trust.

According to the City Hall report signed off by Mr Johnson, there is "the clear expectation that the guarantees ... will not need to be called upon" because the Garden Bridge Trust's income is forecast to exceed its expenditure.

In March Mr Johnson said on LBC Radio that the bridge's "maintenance costs will not be borne by the public sector".

The Mayor's decision came a day after the London Assembly voted 11-3 in support of a motion calling for Transport for London's Ł30 million contribution to the bridge's capital costs to be withdrawn, and highlighting grave concerns about the procurement process.

The motion was proposed by Lib Dem assembly member Caroline Pidgeon and seconded by Labour's Val Shawcross. It was also backed by Green Party assembly members.

A legal challenge to Lambeth's decision to approve the bridge was put on hold this week when the Garden Bridge Trust signed a court order agreeing to provide binding guarantees for future maintenance costs.

"I launched a judicial review because the Garden Bridge is misconceived and strongly opposed by a wide range of people and interests," said Michael Ball.

"It is only because of the legal proceedings that the Garden Bridge Trust has agreed to provide a guarantee. This is recognised by the fact that Lambeth Council have agreed to pay all of our legal costs.

"The Garden Bridge Trust are Ł50 million short already on the money they need to be able to build the bridge. It seems likely therefore that they will have great difficulty getting a private supporter to put an additional Ł90 million on the line."

Speaking before the Mayor's latest guarantee was made public, Mr Ball added: "Ł60 million of public funding has already been committed, in this age of austerity, to what was supposed to be a private bridge, and Boris Johnson has ruled out any more public subsidies.

"We will keep this under close scrutiny, and will be ready to go back to court if necessary."

Meanwhile Lambeth Council has accepted an application by the Thames Central Open Spaces (TCOS) campaign that the section of the Queen's Walk where the Garden Bridge will land should be designated as an 'asset of community value' under the Localism Act.

Michael Ball added: "The site is currently public open space made up of grass and trees: these would be cut down and replaced by a large retail franchise from which steps and lifts would lead to the Garden Bridge.

"Lambeth is currently offering to extend the lease to 200 years on a peppercorn rent, and vary it to allow commercial buildings and a Garden Bridge.

"Well, we would offer two peppercorns, and probably a lot more to retain this site as a 'garden-bridge-free' green open space for everybody on the South Bank."

The land is currently leased by Coin Street Community Builders who have recently published an FAQ about their position on the Garden Bridge project and hitting back at 'untrue' statements from the bridge's critics.

Last week the Garden Bridge Trust said that it was on track to open the bridge to the public in June 2018.

"We are all systems go, with a construction timetable that is realistic and deliverable, building in time to deal with issues that may arise," said Anthony Marley, programme director of the Garden Bridge Trust.

"This is a big step on the road to making the Garden Bridge a reality and becoming an exciting new feature for London and Londoners, one that will be built with consideration for local communities throughout."

According to City Hall, the trust has raised Ł120 million towards its Ł169 million capital funding target "and there are a number of live conversations with other potential funders".

Half of the Ł120 million raised so far comes from the public sector, with the Treasury and Transport for London each contributing Ł30 million.

What do you think of the Mayor's decision?