Members of the youth board set up by the Garden Bridge Trust enjoyed a horticultural masterclass from landscape designer Dan Pearson on Tuesday morning. 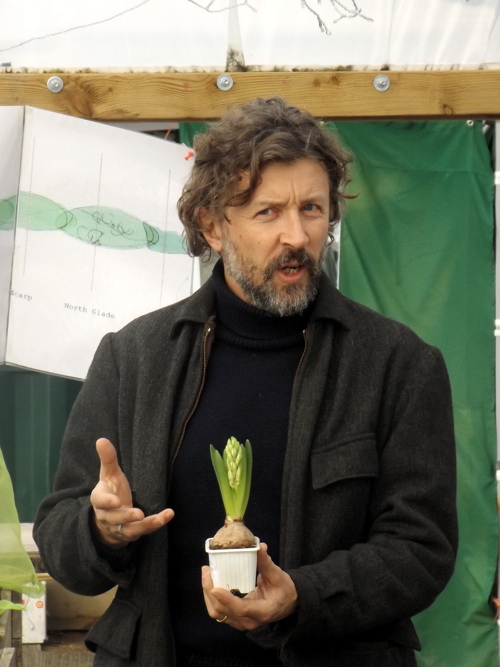 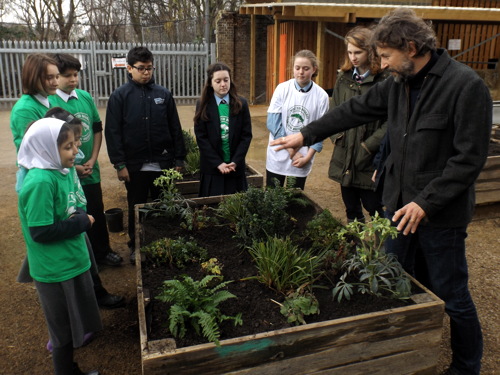 Youth board members discuss their planting designs with Dan Pearson

Pupils aged between 8 and 14 from Oasis Academy Johanna and Oasis Academy South Bank as well as two north bank schools – St Clement Danes Primary School and Pimlico Academy – took part in the second youth board session organised by the charity planning to build a new bridge across the Thames.

Tuesday's workshop was hosted by Oasis Farm Waterloo where Garden Bridge landscape designer Dan Pearson introduced pupils to the issues they need to consider when designing a planting scheme.

He also explained how his design for the proposed planting on the Garden Bridge has been influenced by the history of Lambeth Marsh.

"The bridge is an opportunity for us to tell stories in the planting," he told youth board members.

The students then worked in teams to design the planting for a raised bed at the farm, presenting their finished work to Dan Pearson and farm manager Sally Scantlebury.

"I really enjoyed working with students from other schools and learning about how to plan where different plants should be planted," said Nadia Carvalho, 13, of Oasis Academy South Bank.

Dan Pearson said: "It's fantastic to be involved with the trust on a programme that is helping students from the area get excited about the natural environment whilst enhancing career prospects. We are very excited to develop this programme further. When the bridge opens we will have planting classes on the bridge. This will give local residents and visitors the opportunity to learn about horticulture and the importance of natural environment in the city, especially as this area has limited green space."

Sally Scantlebury added: "It was a joy to see the explosion of creativity as Dan Pearson engaged with the students. They loved the opportunity to learn more about horticulture, design and landscaping. We are so excited to be working with the Garden Bridge Trust and we look-forward to building on opportunities using the farm in the future."

The Garden Bridge Trust still needs to raise another Ł30 million to meet the Ł175 million capital cost of the scheme.

The bridge is receiving Ł40 million from public funds with another Ł20 million to be provided as a loan.

A newly launched petition on the Parliament website criticising the use of public money for the bridge has so far attracted 120 signatures.

Next month Lambeth councillors will be asked to sign off another batch of the conditions imposed on the planning permission for the bridge.

Construction is due to start this summer, with completion expected in 2018.