Lambeth Council could take a crucial decision on whether to allow the Garden Bridge Trust to build on its land on the South Bank behind closed doors, despite earlier assurances it would be considered in public. 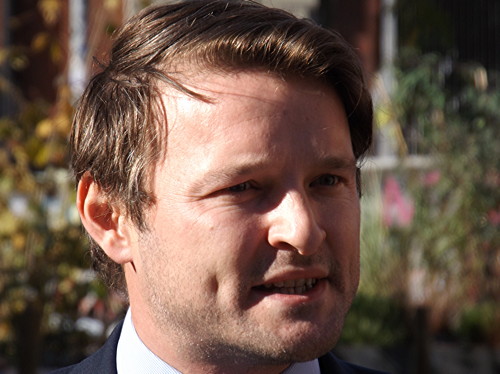 The controversial Ł175 million Thomas Heatherwick-designed pedestrian bridge across the River Thames will have its southern landing on part of the Queen's Walk owned by Lambeth Council – and without the authority's co-operation, the scheme cannot proceed.

When Lambeth Council agreed last May to hold talks with the Garden Bridge Trust over use of the land, a report signed off by a senior council officer made clear that "once the draft heads of terms have been finalised and negotiations concluded, they will be reported to cabinet for approval".

However, it has now emerged that rather than being considered in public by the borough's 10 Labour cabinet members, a final decision on whether to do a deal to allow the bridge to be built may now be taken in private by one councillor acting alone.

Lambeth's latest 'forward plan' of scheduled major decisions by the authority reveals that the matter has now been entrusted to Cllr Jack Hopkins, the cabinet member for jobs and growth.

When a decision is considered at a cabinet meeting, there is an opportunity for members of the public and community groups to make representations.

If a cabinet member makes a decision under delegated authority, there is no formal opportunity for objectors or supporters to make comments in person.

The SE1 website understands that if a decision is ultimately made by Cllr Hopkins alone, backbench or opposition councillors could 'call in' the decision, triggering a public hearing at the council's overview and scrutiny committee.

In this scenario the matter would only be considered in public once the decision had already been taken.

Talks between the council and the Garden Bridge Trust were put on hold last September but resumed weeks later after part of the public funding for the bridge was converted from a grant to a loan.

The Lambeth-owned land on the South Bank required for the bridge scheme is leased to Coin Street Community Builders for the next 176 years. Under the terms of the lease, CSCB cannot sub-lease the land to a third party such as the Garden Bridge Trust.

Because the Garden Bridge Trust originally required security of tenure for 200 years, the council originally intended that CSCB's lease should be surrendered and a new longer lease with provision for a sub-lease should be granted in its place.

However an effective lease of 176 years has now been deemed to be acceptable, so the council proposes simply to vary the existing lease to allow CSCB to do a deal with the Garden Bridge Trust.

CSCB has consistently said it won't block the Garden Bridge if the scheme is endorsed by elected politicians in Lambeth, Westminster, City Hall and central Government.

The open space on the Queen's Walk at the centre of the controversy was registered last year as an asset of community value under the Localism Act, which provides some protection against the sale of the land.

Lambeth claims that the change to its proposed decision-making process will make no difference to the ACV status, but local campaigners are not convinced.

Wai-King Cheung of the Thames Central Open Spaces campaign said: "It's scandalous that Lambeth now appear to be seeking ways to circumvent the Localism Act and the protection afforded to assets of community value – and by taking this decision in private when all of their assurances to date have been that this decision would be taken by cabinet although we believe it should be full council."

Earlier this week Vauxhall Labour MP Kate Hoey told the Architects' Journal that Lambeth "should not proceed with the proposed land transfer" in the light of allegations about the Transport for London-led procurement process for the bridge's design.

Lib Dem London mayoral candidate Caroline Pidgeon AM told the SE1 website: "This is an open space on the South Bank – it's really important to the local community and the whole area.

"Destroying mature trees is just harming the lungs of Londoners.

"I think Lambeth needs to think very carefully .... they could really block this project from happening, and I think they they need to be brave and stand up to the pressure they are no doubt under, and say 'no' to the Garden Bridge."

Any decision by Lambeth about whether or not to grant a lease is separate to Lambeth's role as a planning authority. Next Tuesday the borough's planning applications committee will consider a number of matters relating to the Garden Bridge, including public toilet provision and a counter-terrorism strategy.

• In response to enquiries made by the SE1 website whilst preparing this article, Lambeth has updated its web page of questions and answers about the council's involvement in the Garden Bridge project.

Should Lambeth make its Garden Bridge decision at a meeting open to the public?