A crucial decision on whether to allow the Garden Bridge to be built on land on the South Bank will be taken by Lambeth councillors in two months' time. 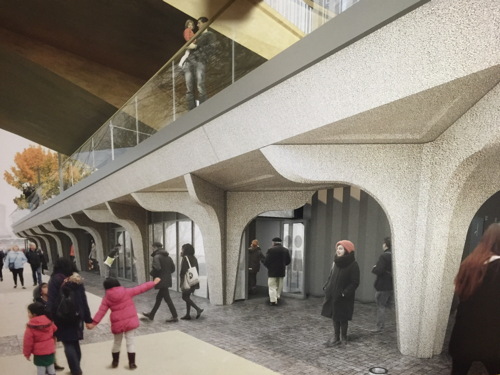 This story was corrected on Wednesday 7 September – please click here

In the latest edition of its 'forward plan' of forthcoming major decisions, Lambeth Council has included an entry relating to the Garden Bridge.

At the cabinet meeting on Monday 7 November Lambeth Labour councillors will decide whether "to agree the changes in the lease between the council and Coin Street Community Builders relating to the land on the South Bank, to allow for the construction of the south landing building of the Garden Bridge".

The Garden Bridge project requires the use of council-owned land on the South Bank currently leased to Coin Street Community Builders.

30 trees on the South Bank would be felled to make way for the bridge's southern landing.

Campaigners from Thames Central Open Spaces (TCOS) have regularly staged protests on the riverside to highlight the potential loss of existing trees.

The ruling Labour group has come under pressure – including from its own backbenchers – to take a final decision on the Garden Bridge project in public after an earlier report was signed off by one cabinet member acting alone.

Separately, Lambeth planning officers are currently considering an application by the Garden Bridge Trust – 16/04195/S106 – to close the footpath linking Upper Ground and the Queen's Walk in the gap between the ITV and IBM buildings whilst the bridge is under construction.

Last month Lord Davies, chairman of the Garden Bridge Trust, revealed that the cost of the project had risen by Ł10 million to Ł185 million and completion has been delayed by a year to 2019.

Next Wednesday the Garden Bridge will be subject of an adjournment debate in the House of Commons secured by Vauxhall MP Kate Hoey.