Prince William visited London Bridge Station on Wednesday to perform the official opening ceremony for the new-look interchange after a £1 billion rebuilding project. 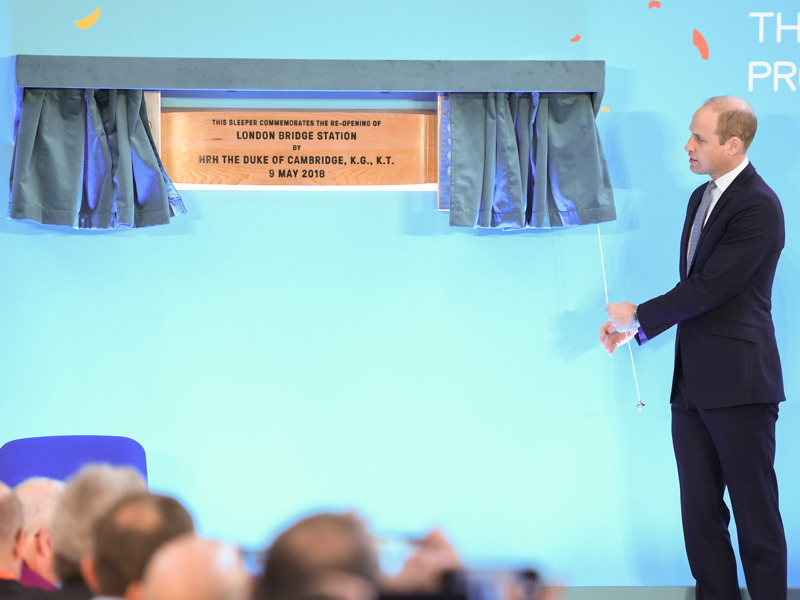 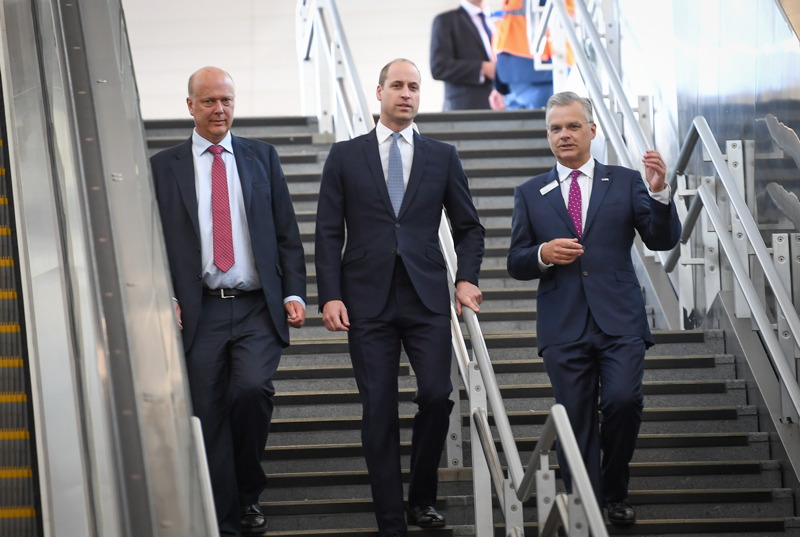 The Duke of Cambridge flanked by Chris Grayling and Mark Carne

The Duke of Cambridge arrived at London Bridge Station on a new Class 700 Thameslink train where he was greeted by transport secretary Chris Grayling MP and Network Rail boss Mark Carne.

Once on the new ground-level station concourse, the Prince met groups of apprentices, project leaders and staff involved in the redevelopment.

They were then given a song performance by children from a local primary school.

The dean presented Prince William with a copy of the children's book about Southwark's cathedral cat for princes George and Louis and Princess Charlotte.

"Today, we are indebted to the thousands of men and women who have built a modern, accessible and iconic station fit for London's future, and the patience of passengers who will now see a transformation in their journeys," said transport secretary Chris Grayling MP.

"Thanks to government-sponsored investment, London Bridge Station will be the beating heart of the Thameslink, offering thousands of commuters more frequent and reliable services, with modern new trains using pioneering world-first technology to enable better journeys across the entire route.

"It is my honour to welcome the Duke of Cambridge to London Bridge station to officially declare it open."

Mark Carne, chief executive of Network Rail, said: "This station has been rebuilt from its Victorian foundations upwards by a team of engineers while still providing a service for the 48 million people who use the station every year to deliver it on the very day we said we would five years ago.

"This is a station that represents a transformation in passenger experience, a catalyst for economic growth and a world first in the use of Digital Railway technology demonstrating our vision of the future.

"I give my thanks to the great people and great teams behind this fantastic project, as well as to our customers for their patience and understanding during these major works."

London Bridge station is the oldest station in central London and was originally built in 1836. Today it caters for around 48 million passengers per year, making it one of the busiest stations in the country.

There are still a few jobs to finish at the rebuilt station, including the completion of the new north-south pedestrian route along Stainer Street, parallel with the new concourse.

A major timetable revision begins on Sunday 20 May, with the full-time return of cross-London Thameslink services to London Bridge for the first time since January 2015.

The Thameslink network is also gaining new destinations including Peterborough and Cambridge to the north of London, and Rainham and Horsham south of the river.