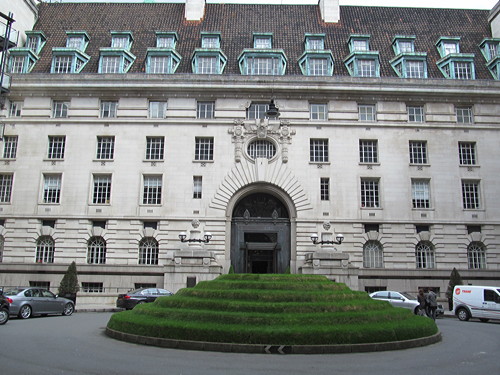 Set beside Westminster Bridge, this hotel has unrivalled views of the Houses of Parliament and boasts an exclusive leisure club featuring a 25-metre heated indoor pool.

A perfect central London location - next to the London Eye, and a short walk from Westminster Abbey and Buckingham Palace.

At the other end of the same building - which also houses the Sea Life London Aquarium, London Dungeon and London Film Museum - is the Premier Inn London County Hall hotel.