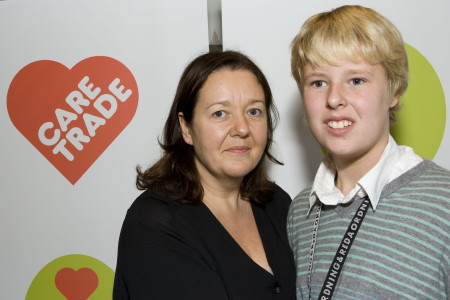 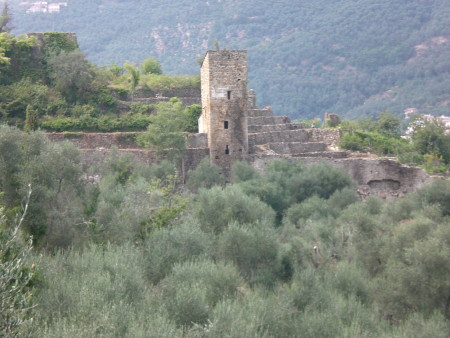 The new enterprise was launched at Amano at the Blue Fin Building last week.

"Largely abandoned after the Second World War, the olive trees, many of which are over 500 years old, were overgrown in a canopy of ivy and brambles when we first saw them," explains explains Bankside resident Katharine Doré, who together with her property developer partner Christopher Allen has bought and restored the olive farm.

"The terraces were crumbling and many of the trees had not been pruned since the village elders were children. The stunning landscape and immense potential of the land made us determined to put together a grove of over 3000 trees.

"We became aware of the need to create proper work opportunities for people with autism and indeed work experience for school children with autism when we were thinking about the future for our boy Toby who has profound autism.

"Christopher and I decided to buy and restore an olive farm in Liguria to create a work based environment for Toby's future. This idea developed into creating an olive oil business in order to create proper work for people with autism and work experience opportunities for school children.

"We recognised that along with the olive oil company, which will be a social enterprise company and not for profit, we needed a registered charity. This way we could broaden the scope of what we wanted to do and work with all sorts of local companies to create work for people with autism."

CareTrade is the charity that has been formed to address the social, vocational, recreational and residential care needs of school leavers and adults with autism.

CareTrade's initial work is likely to include a tie-up with Southwark's Spa School for autistic youngsters in Bermondsey's Monnow Road. Headteacher Simon Eccles was among the speakers at the launch event.

He explained that for many young people with autism school is probably the most exciting and stimulating time of their lives, with the lack of suitable work opportunities proving a real let-down after years of education.

"What's exciting about this is to get people skilled up for possible employment while they are 18 or 19 could give them something interesting for life," said Simon Eccles.

"Most of the young people are capable of work and ... in the right environment they absolutely love being with other people and love being engaged on a day-to-day basis."

He added: "The whole idea behind CareTrade is absolutely brilliant."

Theatre and TV producer Katharine Doré is probably best-known as co-founder – with Matthew Bourne – of Adventures in Motion Pictures. In 2005 she set up the Golden Hinde Education Trust in order to keep the replica of Drake's ship in Bankside's St Mary Overie Dock.

• Bestagno single estate cold pressed extra virgin olive oil is now available to order at www.bestoliveoil.org and will be available over the counter from its own shop in Borough Market from Spring 2009.