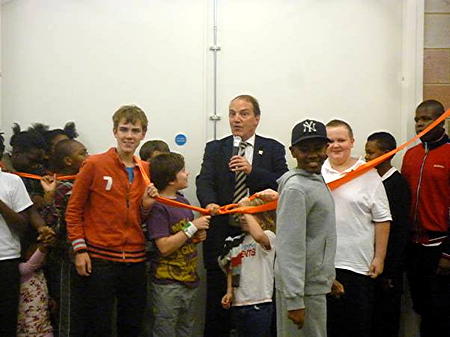 Spa School is a community special school for pupils with autism.

The new building – which attracted significant opposition from local residents – houses eight new classrooms, including a science lab and a drama space. The funding has also provided a new garden and orchard for the school.

"This is a lovely jewel of a building with many beautiful and interesting features, all specifically designed to meet the needs of young people with autism," says headteacher Simon Eccles.

"The result for the school is bigger rooms, smaller class sizes, better facilities and more space."

The celebrations were concluded with music by the popular children's group Kurumi Kidz.