Plans to extend Spa School in Monnow Road were given the green light by Southwark's planning committee on Tuesday night amid angry scenes at the town hall as residents described the decision as 'disgusting'. 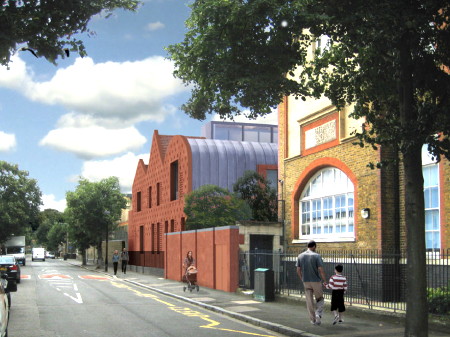 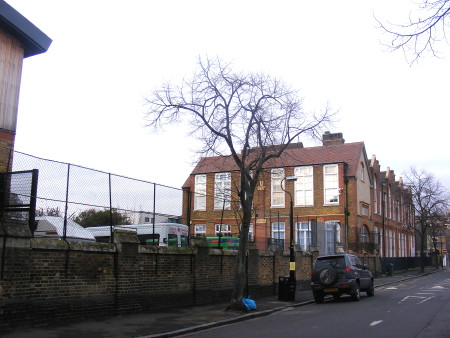 Spa School is a secondary school for students aged 11-19 who have Autism or Asperger's Syndrome.

The application to extend the school was considered at the first meeting of Southwark's planning committee since the elections on 6 May. The new chair is Labour's Cllr Althea Smith.

Introducing the planning application, planning officer Bridin O'Connor told the committee that the new building was intended to sit between the main school block which she described as "a good example of Victorian school architecture" and the the modern gym which she said is "not particularly distinguished".

The new building would provide two floors of teaching space, including six classrooms, a drama hall and a science lab. A small orchard is also planned as part of the development.

Barbara Smith addressed the committee on behalf of the objectors. She noted that the description of the extension as a two storey building was misleading because the height was equivalent to a four-storey townhouse.

Objections centred on the height of the building, its design, impact on daylight and sunlight to nearby homes and fears of increased traffic congestion as a result of expanded pupil and staff numbers.

"The detriment to residents is disproportionate," she said.

Geoff Shearcroft of AOC Architecture presented his design as part of a 136-year history of educational activity on the site.

"The new building is like a two-storey doughnut: the ground floor and the first floor have four teaching spaces each arranged around a top-lit double-height circulation space."

He added that the dimensions of this glazed lantern had been altered in response to feedback from local residents.

"At present there is a 190-foot long wall along the school's boundary; an evolved hotch-potch of bricks topped by a rusty metal mesh. The proposal works hard to improve this streetscape."

Headteacher Simon Eccles also responded to complaints about parking and traffic problems around the school.

"I can promise the residents that there won't be any minibuses parked on the street," he said.

He told the committee that the school currently has 92 pupils from 19 London boroughs and the new building would allow for an expansion to 100.

South Bermondsey councillor Paul Kyriacou addressed the committee to object to the application. "The proposal is not sympathetic," he said, describing it as "a bizarre red lump of a building" that would result in a significant reduction in daylight and sunlight to nearby homes.

He said: "This is the council's own application and you would think that we would work with local residents – and take on board their concerns."

Cllr Robin Crookshank Hilton called for members to make a site visit to assess the issues first-hand, whilst Cllr Jeff Hook moved a motion to refuse the application but failed to find a seconder.

A majority of members of the committee voted in favour of granting planning permission.

The objectors reacted angrily to the committee's decision: one woman even threatened to throw a brick through the window of a school bus.