A new campaign to encourage individuals and organisations to cut their carbon emissions by 10 per cent before the end of 2010 was launched on Tuesday at Tate Modern. 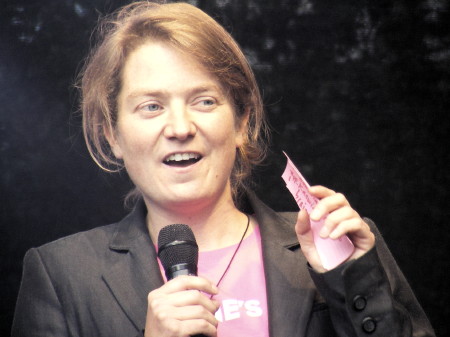 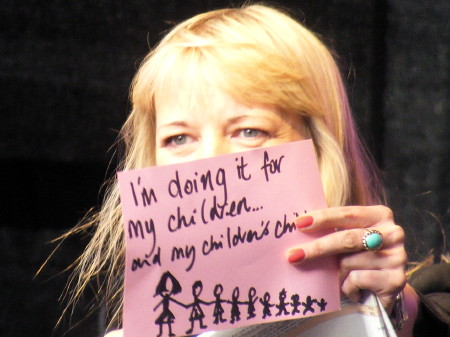 Sara Cox holds up a pledge card to show why she's backing 10:10 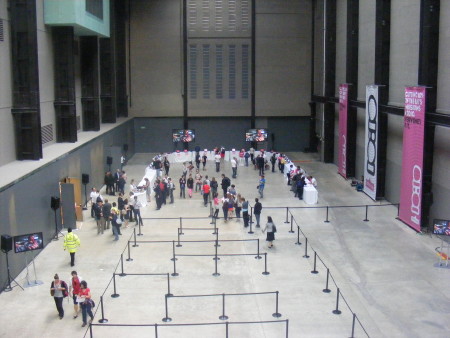 The campaign was devised by Franny Armstrong, director of The Age of Stupid, and has won backing from a range of big names including Ken Livingstone, Antony Gormley, Kevin McLeod and Hugh Fearnley-Whittingstall.

Special sign-up desks were installed in the Turbine Hall. During the three-hour event more than 3,000 people pledged to cut their carbon footprint and received a 10:10 badge made from the recycled remains of a Boeing 747 airliner.

Outside Tate Modern a solar-powered stage hosted performances from Stornoway and Reverend and the Makers.

"Pollution and climate change is the biggest global health threat of the 21st century," says the trust's Steve McGuire.

"We are committed to reducing our carbon footprint year upon year, and signing up to this campaign is a clear demonstration of our determination."

Nine local authorities have so far signed up to the 10:10 pledge – but Southwark Council and Lambeth Council aren't yet on the list.

In his speech Simon Hughes MP, who is the Lib Dem spokesman on climate change, called on the crowd to put pressure on their local councils to join the campaign.

"If action can start locally, personally and in your community, then it's much more likely to happen nationally and internationally," he said.

"We mustn't rely on heads of government in Copenhagen. We've got to rely on communities where we live."