Boris: Bricklayers Arms subways could be eliminated by 2012

The pedestrian subways at the Bricklayers Arms junction could be eliminated by 2012, according to Mayor of London Boris Johnson. 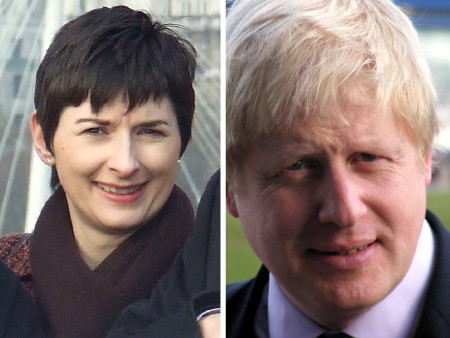 Last month we reported a call by Simon Hughes MP for the subways to be closed after a spate of muggings.

His Lib Dem colleague Caroline Pidgeon AM this month tabled a question to Mayor of London Boris Johnson asking him to instruct Transport for London to "seriously consider" the North Southwark and Bermondsey MP's proposal.

"TfL is considering the case to close the underpasses at the Bricklayers Arms," replied Boris Johnson.

"Although there are surface crossing facilities in place there is no facility on the north east corner serving the link to Tower Bridge Road. Work was undertaken in 2006/07 to look at the provision of a new surface toucan facility serving both pedestrians and cyclists on the north east side. To achieve this would require a full decommissioning of the subway structure to create a new footway area on the island.

"Some design and cost estimation work was undertaken at that time but the proposals have not been taken forward. This was because the cost of the scheme was estimated to be in excess of Ł500,000, which is excessive; and because local schools expressed a view during consultation that the subways provided a safer link for pupils that surface level crossings would.

"In reviewing the work that has been done so far, it is clear that there is the potential for a beneficial scheme and consequently a specialist review of crime and general safety issues has already been arranged.

"Subject to the results of this report, more detailed feasibility work will then be carried out in the new financial year, with a view to implementing any proposals arising, subject to funding, during 2011/12."

In 2008 a radical proposal to turn the Bricklayers Arms flyover into a bridge for pedestrians and cyclists with new housing in the centre of the junction was exhibited at a London gallery by Southwark Cyclists and David Nossiter Architects.

Work has recently begun on a project to remove the subways at the nearby Elephant & Castle southern roundabout.