On the day that tickets for the London 2012 Olympic Games go on sale, Southwark Council has revealed that it is to apply for host borough status. 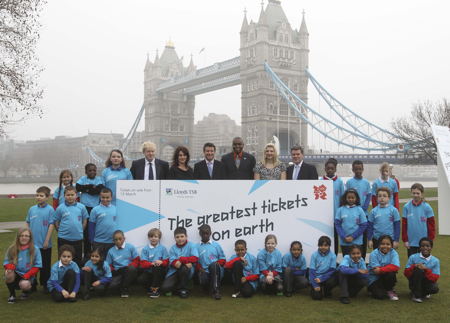 Southwark's cabinet is next week expected to agree a proposal that the council enters into the host borough co-operation and licence agreement with the London Organising Committee of the Olympic Games (LOCOG).

Even though Southwark is not hosting any of the Olympic sporting events, the borough will accommodate a wide range of Olympic-related activity.

Potters Fields Park will be one of the 'live sites' where Londoners will be able to watch the Olympics on big screens.

Glaziers Hall and Southwark Cathedral will host the House of Switzerland during the 2012 games.

Tate Modern recently announced its plans for 2012, and Shakespeare's Globe will celebrate the London 2012 Olympic and Paralympic Games with an unprecedented multi-lingual Shakespeare project. For the first time ever in a single theatre season, all the plays of Shakespeare will be presented, each in a different language, each by a different company from around the world.

Over the course of six weeks, beginning on Shakespeare's birthday, 23 April 2012, the Globe will host a kaleidoscope of 38 international theatre companies, from some of the most respected to some of the newest, to present every one of Shakespeare's 38 plays in a different language.

Southwark Council leader Peter John recently complained that the borough will receive no extra Government cash to recognise the impact of the Olympic Games on local services.

Host borough status includes an obligation to provide enhanced public services such as enhanced street cleaning, co-operation with the torch relay and road race and controls on street trading and advertising.

Transport services for SE1 residents and commuters are also likely to be disrupted during the Olympics. The Olympic Delivery Authority recently published travel advice for Londoners during the 2012 games.

On Tuesday LOCOG chair Lord Coe joined Mayor of London Boris Johnson in Potters Fields Park to launch ticket sales for London 2012. UK and EU residents can apply via www.tickets.london2012.com at any time during the 42-day application period.