The new Lord Mayor of the City of London, Alderman David Wootton, crossed the river to Southwark on Friday to undertake his first engagement as ambassador for the Square Mile and the financial services industry. 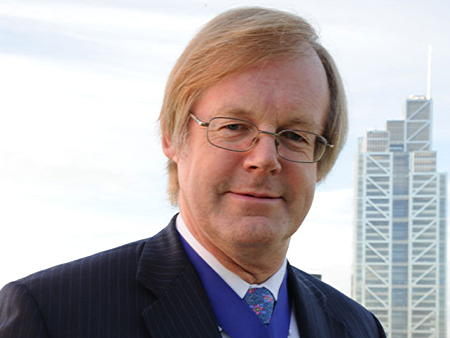 Lord Mayor of the City of London: Alderman David Wootton

Glaziers Hall at London Bridge will be the venue for the House of Switzerland during the 2012 Olympic Games.

On Friday evening the Swiss ambassador Anton Thalmann and the Zurich Guilds co-hosted a reception at the livery hall. More than 270 members from all the guilds in Zurich were in attendance, as well as the former Mayor of Zurich, Elmar Ledergerber, and town councillor Martin Vollenwyder.

"It is a great honour for us to extend our hospitality to the Lord Mayor of the City of London," said Walter Isler, representative of the Zurich Guilds.

"On this prestigious occasion the venue choice for this meeting is extremely significant. Glaziers Hall is the official destination for The House of Switzerland and its close proximity to the Square Mile makes it the ideal location to further strengthen relationships between the world-leading financial hubs of Zurich and London."

In April 2012 the Lord Mayor of the City of London will pay a return visit to Zurich when he takes part in the Sechseläuten Parade, a traditional spring festival organised by 26 guilds united in the Zentralkomittee der Zünfte Zürichs [Central Committee of Zurich's Guilds].

Glaziers Hall is the official home of The Worshipful Company of Glaziers and Painters of Glass, of which the new Lord Mayor is the court assistant.

Saturday's procession through the City's streets was preceded by a pageant on the river. Traditional cutters and the royal shallop Jubilant were rowed downstream from the Westminster Boating Base to HMS President, passing through Tower Bridge which was raised specially.

The day ended with the customary fireworks display on the River Thames between Waterloo Bridge and Blackfriars Bridge.

The new Lord Mayor is due to return to SE1 on Wednesday to attend the sitting of the Court Leet of the Guildable Manor of Southwark.