Two years after Bankside hosted the House of Switzerland during the Olympic and Paralympic Games, a Swiss Railway Clock has been installed in Borough Market as gift to the people of Southwark. 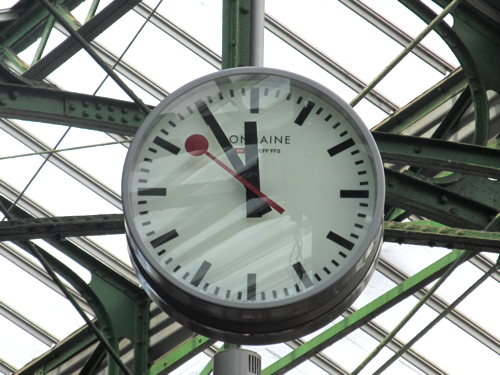 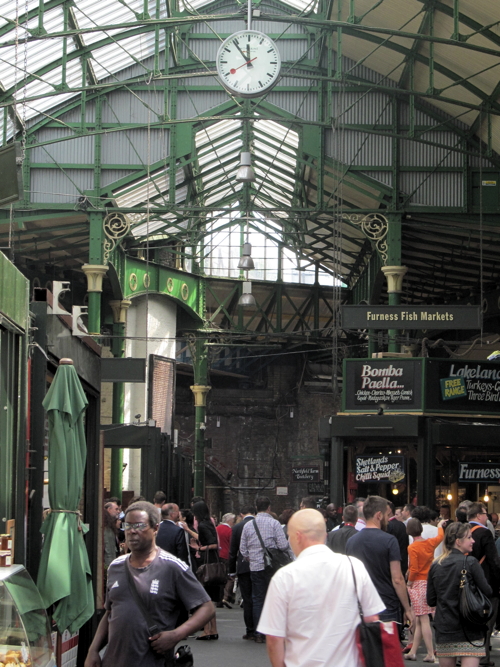 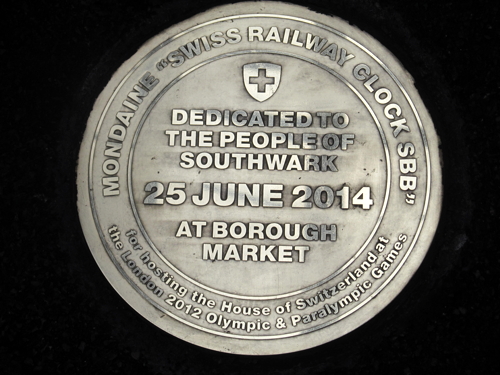 During the summer of 2012 more than 250,000 people visited the House of Switzerland, the national hospitality centre that showcased contemporary Swiss cuisine, design, music and tourism activities during the Olympics and Paralympics.

The house was based at Glaziers Hall, The Mug House pub, Southwark Cathedral's Millennium Courtyard, Cathedral Square, and La Cave restaurant during the Paralympics.

Now Swiss watchmaker Mondaine has given Southwark one of its clocks based on the design seen at every railway station in Switzerland.

The clock was blessed on Wednesday morning by the Dean of Southwark, the Very Revd Andrew Nunn, and unveiled by the Mayor of Southwark Cllr Sunil Chopra and Dominik Furgler, ambassador of Switzerland to the UK.

"I am delighted that Borough Market will have a new Swiss ingredient to add to its rich existing mix," said Dominik Furgler.

"The railway clock is an iconic design that combines classic style with effective public service.

"I am sure it will become an integral part of the market's rhythm and routine, as well as an enduring reminder of the friendship between Switzerland and Southwark built up over the London 2012 Olympic and Paralympic Games."

Cllr Dora Dixon-Fyle, Southwark Council's cabinet member for adult care, arts and culture, said: "Southwark was very proud to be able to host the House of Switzerland during the London 2012 Games and would like to thank the embassy for gifting the borough with such a wonderful Swiss railway clock.

"I'm sure it will quickly become a centrepiece of Borough Market, and will also act as a great legacy of such a special year for London in both sports and culture."

Borough Market managing director Keith Davis said: "The market is a 24-hour operation, so the clock will get no shortage of use: from visitors to the restaurants in the evening, the wholesalers through the night and the bakers in the very early morning, before the retail market begins to set up and the shoppers start to arrive."

Writer Diccon Bewes, who remarked that "punctuality is a national pastime" in Switzerland, reminded guests that 26 June 2014 will be the 151st anniversary of the first Thomas Cook tour of Switzerland which began at nearby London Bridge Station.

To coincide with the installation of the clock, posters designed by students of Camberwell College of Arts and the Zurich University of the Arts are on display in the Market Hall at Borough Market. The exhibition will move to Southwark Council's Tooley Street offices later this year.