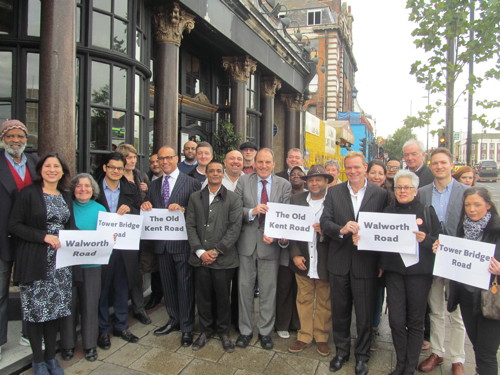 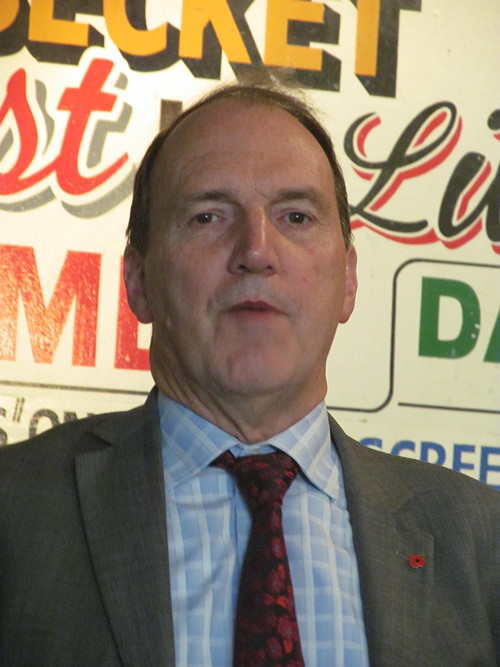 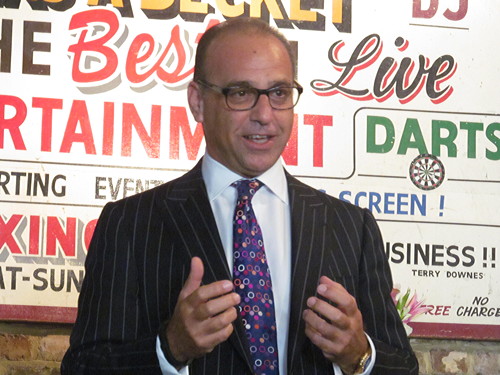 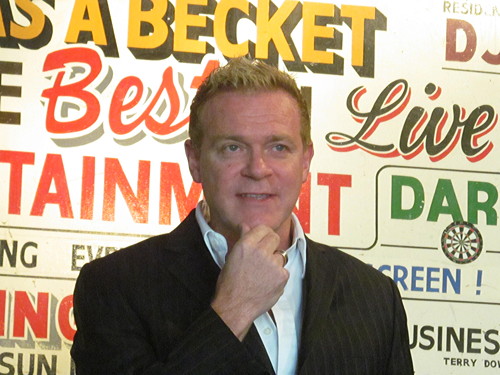 Mr Paphitis described the Lib Dem proposals as "pure common sense" – but expressed weariness that regeneration of areas like Old Kent Road had been discussed for so long with so few visible results.

"The answer is 'just bloody do it'," was the verdict of the Dragons' Den star.

Simon Hughes MP said: "The Old Kent Road, Tower Bridge Road and Walworth Road are three of the most famous roads in London and known by many around the world.

"It is about time they were given the opportunity to live up to their full potential.

"I am determined that over the next near, central government, local government and City Hall will support a campaign to bring life, success and prosperity to theses three great high streets."

"We will now be putting our ideas and those of Theo Paphitis and Michael Tobin to local residents and businesses to make Old Kent Road, Tower Bridge Road and Walworth Road are once again the vibrant, successful high streets London needs."

The plan follows on from the list of 12 local commitments Hughes made during the 2010 general election campaign.

Leader of Southwark Council's Liberal Democrat group Cllr Anood Al-Samerai, who helped write the local business plan, said: "The purpose of this event was to present our new vision for local high streets and show we are on the side of small businesses in Southwark.

"Liberal Democrat councillors have been working hard to come up with new ideas to support our business community, so I was really pleased and a little bit relieved to have Theo Paphitis tell us our plan was 'spot on'!"

Simon Hughes MP & the Southwark Liberal Democrats will:
1. Revitalise high streets and markets giving community councils more control, creating a new 'I'm shopping locally' parking scheme and introducing a levy on large supermarkets.
2. Offer business loans through the council to help start-up companies in Southwark obtain the financial support they need to start trading.
3. Use new powers to reduce business rates to support struggling businesses and encourage regeneration where it is most needed
4. Create 1,000 new apprenticeships in the borough to help to revitalise the local economy and create lasting jobs.
5. Open a new 'Jobs & Enterprise Hub' offering information and support on jobs and training, as well as providing desk space for start-up businesses

Michael Tobin, chief executive of TelecityGroup, spoke about his own Southwark roots and recalled visiting the Thomas a Becket as a child when his grandmother worked as a cleaner at the pub.

He spoke warmly about his current home at the Elephant & Castle and the area's potential: "There is nowhere else like it on the planet ... everything is so convenient," he said.

"It's an opportunity just waiting to be exploited."