51 candles were lit at Southwark Cathedral on Wednesday lunchtime to represent each of the people killed in the Marchioness riverboat disaster a quarter of a century ago. 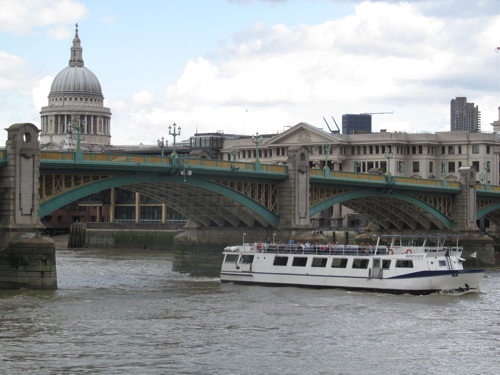 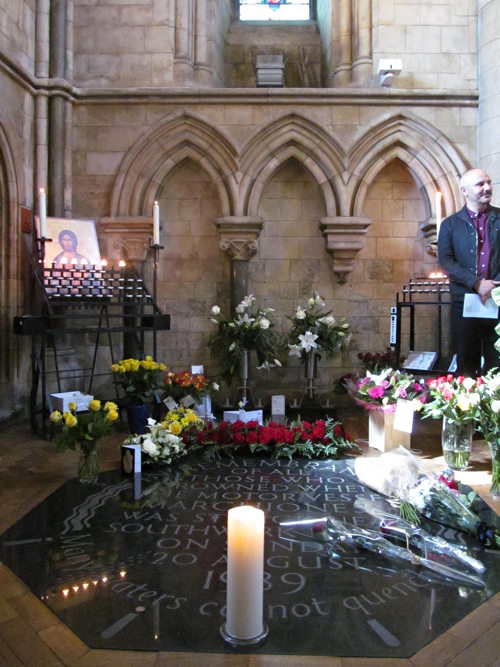 Flowers and candles at the Marchioness memorial in Southwark Cathedral

On Sunday 20 August 1989 51 people lost their lives when the pleasure boat Marchioness collided with the dredger Bowbelle close to Southwark Bridge.

A large congregation – including survivors of the disaster and relatives of the dead – gathered in Southwark Cathedral's retrochoir for the daily lunchtime Eucharist on Wednesday.

One of the readings was given by Judy Wellington whose 20-year-old son Simon died on the pleasure boat.

The intercessions – which included petitions for the work of the Royal National Lifeboat Institution and the Maritime & Coastguard Agency – were led by Marchioness survivor Odette Penwarden.

At the end of the Eucharist the congregation moved to the Marchioness memorial at the west end of the cathedral where Linda Ali, a lay canon of York Minster whose daughter died in the disaster, read the names of the 51 victims.

As each name was read out, a votive candle was lit.

Bermondsey & Old Southwark MP Simon Hughes joined the congregation at the Eucharist and laid his own bunch of flowers at the memorial.

He told the London SE1 website: "The legacy of this appalling tragedy, which devastated so many families, has been a much safer River Thames and significant reforms to the coroners' service.

"Those achievements only came about thanks to the bravery of the survivors and relatives, combined with the determination we all felt to keep campaigning until justice had been secured.

"That legacy includes the introduction of the RNLI's lifeboat service on the River Thames which alone has rescued 3,481 people and saved 466 lives since 2001.

"In addition, we've seen new river safety laws, improved training for the emergency services, link chains along the inner walls of the river bank to help people to escape the water and tough rules on alcohol and noise distraction.

"We must never become complacent and forget the potential dangers of being on the Thames.

"However, the higher standards of safety, policing and rescue services give every reason to be confident that London's economy can benefit from the greater use of the river for trade, commuting and tourism that we all want to see."