35 firefighters and officers tackled a fire in the basement of the Jerwood Space in Union Street on Friday morning. 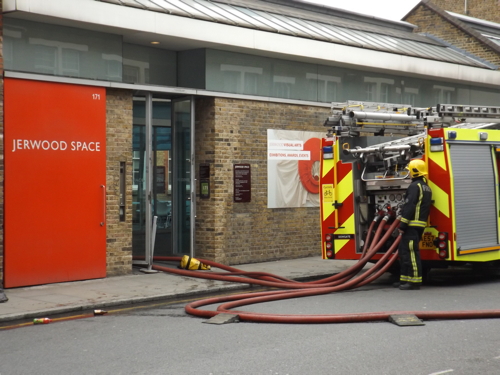 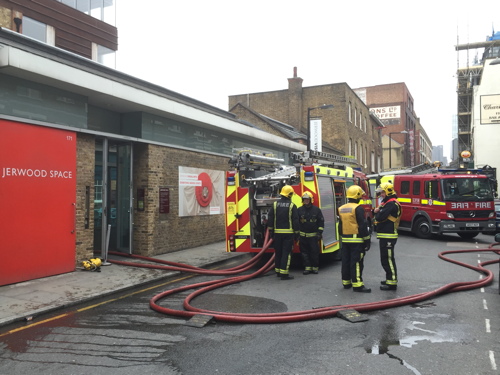 A member of Jerwood Space staff noticed smoke just after 8.30am and raised the alarm.

12 people left the building and no-one was injured.

Jerwood Space is a complex of rehearsal rooms for theatre productions and also has an art gallery and cafe.

The fire created a pall of smoke that drifted across nearby streets. Part of the basement was damaged in the fire.

The cause of the fire is not known at this stage.

Union Street was closed to traffic while firefighters tackled the blaze.

Jerwood Space said that the building had suffered "minimal damage" and they hoped to be open as usual at the weekend.