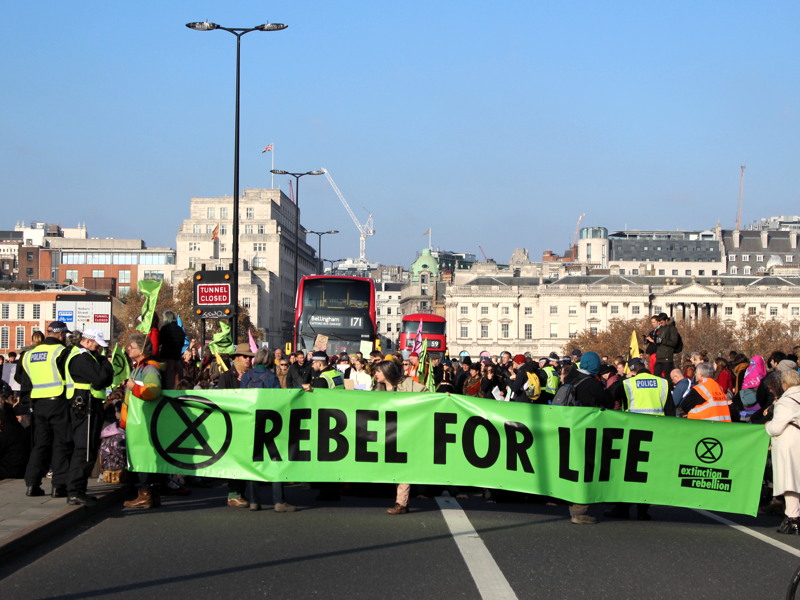 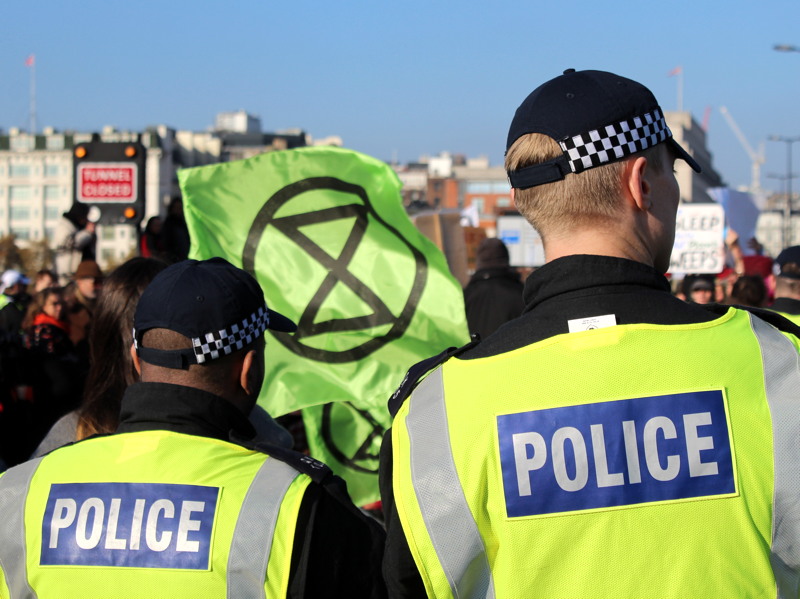 On Waterloo Bridge police urged protesters to move on 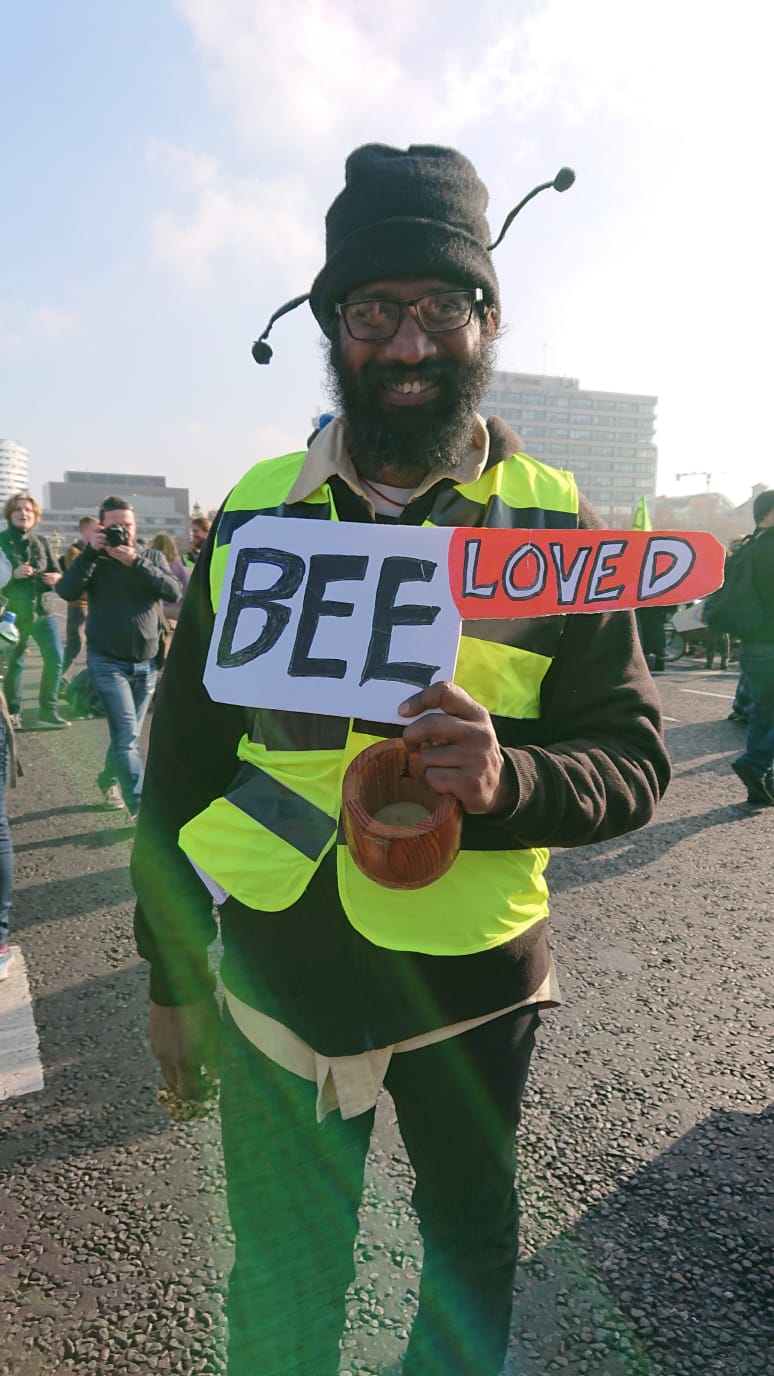 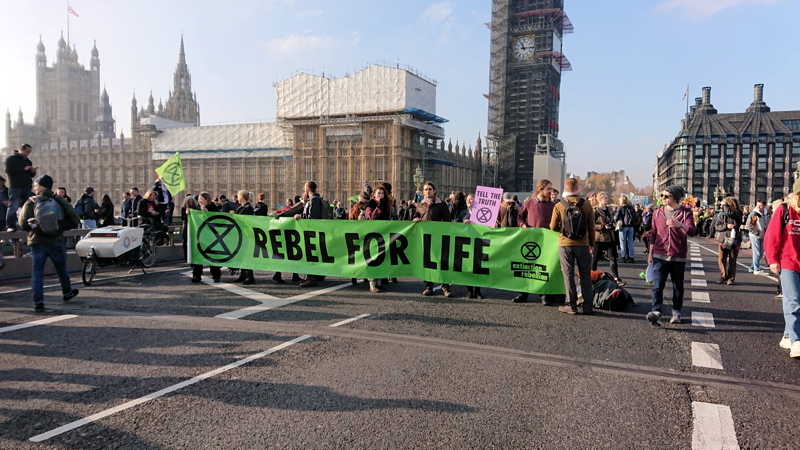 Extinction Rebellion is a civil disobedience campaign which aims to provoke a national conversation about "climate breakdown and the ecological crisis".

Police urged the protesters to consolidate their activity on Westminster Bridge or face arrest for obstruction of the highway but their pleas were largely ignored.

More than 70 people were arrested during the day.

"The demonstration is having a direct impact on others across London who wish to go about their daily business – and [preventing] the emergency services from using the bridges to travel around London," said Supt Waheed Khan.

"Given that the organisers failed to engage with police prior to the event, we were unable to work with them around their plan and to make considerations for other Londoners."

Writer George Monbiot was amongst those in the Blackfriars Bridge gathering. Members of Lambeth Green Party were involved in the Westminster Bridge protest.

• Update Monday 19 November: Extinction Rebellion have asked us to note that they take issue with Supt Khan's claim that emergency services were obstructed by the demonstration and that they had held prior discussions with the Met and other services to negotiate access arrangements